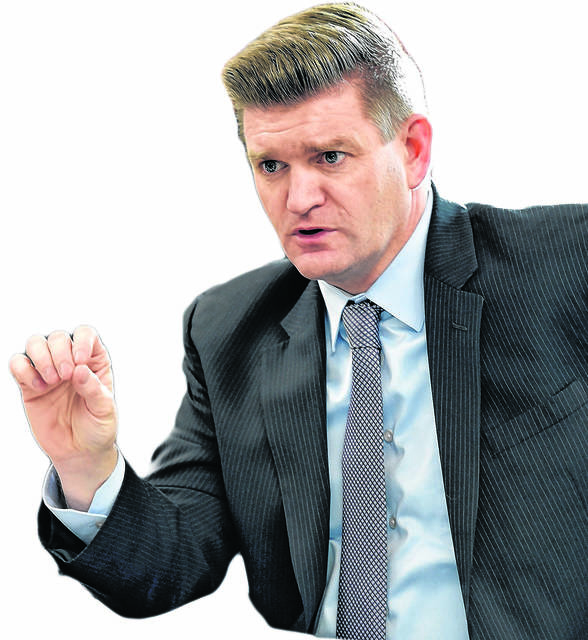 WILKES-BARRE — A spokesman for the Pennsylvania Department of Health on Thursday said details are being finalized for the COVID-19 community based testing site in Northeastern Pennsylvania.

“More information will be provided on when it will open, who will be eligible, etc. in the near future,” said Nate Wardle, press secretary at the Department of Health.

Wardle would not confirm if the site will open this Sunday.

Nowhere in Wardle’s comments, made in response to questions from the Times Leader, does he mention Mohegan Sun Arena as the site that has been selected, however elected officials believe the arena will be the location, and his boss seemed to say the same.

Separately Thursday, Secretary Rachel Levine said her department is not considering another location for the Northeastern Pennsylvania mass testing site other than the Mohegan Sun Arena, although she noted the department also wants to set up additional mass testing sites in the future.

She said appointments will be required and that the arena site will serve the entire region. However, she said she is not expecting people to drive hours to come there for testing.

Like the Montgomery County testing site, this one will only provide testing for certain groups.

“Due to these concerns, the department is working proactively to implement a regional approach to increasing capacity in the northeast region, including the implementation of a Community Based Testing Site and an Alternate Care Site, which will serve the region as a whole.

“We have been in frequent communication with our health care partners, elected officials and others in regard to these planned activities.

“The Community Based Testing Site will be staffed, travel in and out of the site will be clearly displayed and all individuals tested will be given specific instructions in regards to the need to quarantine until, and potentially after, receiving test results, depending on the result.

“It is essential that we continue to collaborate to assist those who are sick with COVID-19, and to support those who have lost loved ones from COVID-19. This is a difficult time for all Pennsylvanians, and we need to work together.”

Wardle said the department is working to increase testing capacity in the northeast.

“That is what these efforts are about,” Wardle said.

Asked specifically if Mohegan Sun Arena will be the site for the testing, Wardle said, “Again, we will announce all of these details when finalized.”

State Sen. John Yudichak, I-Swoyersville, said increasing testing capacity is a shared goal of every Pennsylvanian who wants to stop the spread of the COVID-19 virus.

“That is not being disputed,” Yudichak said. “However, there continues to be a breakdown in the Department’s communication process on how best increase testing capacity. I am not certain Secretary Levine, who is doing her level best to protect public health, is getting good information from her staff on the ground in Luzerne County.

“It appears our local health care professionals and our local mayors were completely circumvented in this planning process, that makes it a flawed process. Yes, we are all in this together and together means we must work in a collaborative fashion to ensure the voice of local health care professionals, local mayors, and impacted local businesses have a fair opportunity to heard before a final decision is made to divert limited state and local resources from our hospitals and nursing homes to a mass-testing site at the Mohegan Sun Arena.”

On Wednesday, Yudichak, State Rep. Eddie Day Pashinski, D-Wilkes-Barre, and officials of Wilkes-Barre Township all issued strong statements in opposition to using the arena as the testing site.

That opposition grew louder and stronger on Thursday.

Yudichak said 95 percent of Luzerne County COVID-19 related deaths have been in nursing homes. He said the Greater Hazleton area has seen the highest number of confirmed positive cases by far, compared to the rest of Luzerne County.

“I’m not sure how the planing process began, or unfolded — I was not a part of it,” Yudichak said. “The Department of Health needs to pause, step back, and include all appropriate voices and evaluate the situation.”

Yudichak said resources and supplies are needed in Hazleton and in nursing homes.

“Those are Luzerne County’s immediate needs,” Yudichak said. “Before we to open a site that we aren’t sure will add value to community or provide accurate data, we need to address the critical needs.”

Yudichak said he has raised his concerns to the Department of Health with little success or response.

“I’m trying to find out who’s in charge of this plan, but I haven’t been told that yet,” Yudichak said. “A large commercial district is not the place for a testing site.”

Yudichak said he will continue to press the DOH on the matter, hoping another site will be chosen.

“Our feedback is the public is concerned,” Yudichak said. “The concern is that this site will create a worse problem than what we already have.”

Township Administrator Mike Revitt said his office and Mayor Carl Kuren’s office have received numerous calls from residents, members of the public and township businesses saying that they oppose using the arena as a testing site.

“We still haven’t heard anything from the Department of Health,” Revitt said. “This is being jammed down our throats whether we want it or not.”

Same goes for Wilkes-Barre City, which reportedly is listed as providing some equipment for the arena site.

“I was never contacted by anyone — the state Department of Health, Dr. Levine’s office. No one ever contacted me,” said Mayor George Brown.

He said he spoke with Mayor Carl Kuren of Wilkes-Barre Township about it and he’s in the same situation.

“Wilkes-Barre City and Wilkes-Barre Township are the two municipalities most affected by this (site),” Brown said. “He (Kuren) was not contacted, nor was I, by the state, the Department of Health or Dr. Levine’s office.”

“These businesses are already struggling,” Revitt said. “We haven;t heard from anybody who is in favor of using the arena as a testing site. People are telling us if the site is opened, they won’t come shopping in this area.”

Revitt said the township has no idea what will be expected of them if the arena site opens.

“We have never seen a more poorly conducted plan,” he said. “But it seems no matter how many are against it, it’s still coming here. It doesn’t make sense. This is turning into a total debacle.”

John Metz, owner of Metz Culinary Services, said his company was contacted and agreed to provide meals for workers at the test site when it opens.

“We have been asked to supply the meals and we agreed to do that,” Metz said. “I think it’s a good idea. The location is convenient. We’re 100 percent behind it.”

Metz said the company has a plan formulated to implement one the site opens.