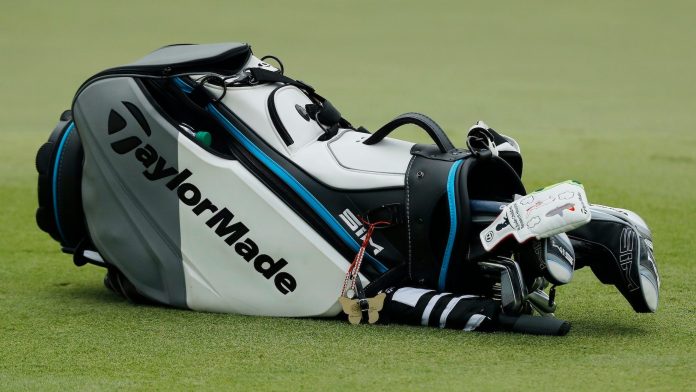 Jon Rahm’s TaylorMade equipment has served him well this season.

On paper, few seem to be better equipped to handle Winged Foot’s brutal test than Jon Rahm. With tree trunks for legs and a middle linebacker frame, the Spaniard has the look of a guy who should be able to tackle potentially diabolical U.S. Open rough. And then there’s the recent run of good form.

Outside of Dustin Johnson, most would consider Rahm the 1A favorite this week.

His TaylorMade tools will no doubt play a critical role as he makes his way around the Tillinghast gem. In preparation for the second major of 2020, GOLF.com took an in-depth look at Rahm’s gear with the help of TaylorMade Tour rep Adrian Rietveld, who regularly works with the world No. 2 on his setup.

“[Jon’s] very tough on equipment,” Rietveld said. “He can tell if something is right within two or three shots. I don’t think things feel good or bad to Jon, they just feel different. And he doesn’t like different.”

Thankfully for Rahm, his setup has required minimal changes this season — a sign that he’s in a groove. He’ll be hoping the good gear vibes continue this week as he chases his first major title.

Adrian Rietveld (TaylorMade Tour rep) insight: “Historically, Jon’s always been the high-MOI guy. If you go back to M2, M4, M6, he was always non-adjustable. But he’s now kind of evolved into more of an adjustable guy. From an internal geometry, the weight is set more back with a 14-gram weight back there. We’ll probably use a little bit of hot melt — 3 or 4 grams — to help the sound a little bit. But for him, it’s about getting the swing weight perfect.

“Jon likes to move the ball left-to-right off the tee. Since he’s neutral, he’ll move the sliding weight toward the toe to get the desired shot shape — not to fix a miss. When we go back to the non-adjustable products he’s used, we put hot melt in the toe to accomplish the same thing, so it’s a clean progression. He’s gaining performance out of the latest and greatest in terms of technology, but the setup is very clean and compliments his ball flight.”

Rietveld insight: “Jon is Tiger-like when it comes to fairway woods. It ain’t changing unless it’s right, man. I think we’ve got such an amazing product in the fairway wood this year. We [nailed it] with Jon this time, and it’ll be interesting to see what happens next time.

“He plays his fairways on the upright side. We work with different loft sleeves with Jon to get the lie angle perfect. All the players who are really loving them, especially the SIM product, are using a little more loft. We all know a little more loft helps you turn it over when you need to. It’s a big part of a player’s arsenal to have a 3-wood they can turn over. I think these things really resonated with Jon, and that’s why he put them in the bag.”

Rietveld insight: “The [irons] are pretty stock out of the box. When you go into the new [P7MC], you’ll see so many similarities between these and the [P750]. There’s nothing fixed up in the irons. It’s just a clean set for him. I think something interesting about these irons is that if you go back in Jon’s history, he’s played blades a lot. This was one of the first sets where he moved to something with a small cavity.

“I always thought these irons performed very blade-like for a blade players, and that’s why you’ll see a lot of guys playing these, especially in a combo set with the P730’s. Jon tested the P730, but he just gets slightly better performance out of these.”

Rietveld insight: “What’s interesting about Jon’s 52-degree is the four-way camber sole on the wedge he uses actually made it to market. We tested with all levels of golfers and it just received rave reviews.

“He’ll change out wedges when he needs to, especially the 60-degree. He’s the one player who legitimately burns through the grooves on a 60. When he asks for new grooves, he needs them. I’m not talking about a player saying I need a new wedge. It’s I need a new wedge and this is why. He hits a lot of bunker shots. Loves to finish off in a bunker, just hitting 50 of those.”

Rietveld insight: “Jon’s a very good putter. He’s a much better putter than all these stats say. There are ebbs and flows. Jon got into a habit where he was constantly bringing his Spider Red putter into the truck and getting the loft and lie checked. It’d go through the check and we’d tell him, ‘You’re half-a-degree strong or it’s a little flatter.’ He’s not the most gentle guy with his equipment as well. So that would create a pattern and maybe put a little bit of doubt in his head.

“Just to be sure he’d have his putter checked every week. [TaylorMade Tour technician] Wade Liles finally told him, ‘The more we’re constantly correcting your putter, the weaker it’s getting. We should get you a fresh one.’ But in Jon’s head, he still felt like he’d need to have his putter checked, whether you got him a new Spider Red or not. That was a big part of the switch. He wanted to test something out, and that was the reason for testing the Spider X. And bam, he loved it. It’s a unique spec. He’s one of the only guys who putts orthodox but the putter isn’t the shortest club in his bag. Jon’s actually a little flatter for as big as he is. So it’s flatter and longer.

“It has a short slant neck with the softer Surlyn insert. We’ve tried going thicker with the insert to see what would happen, and he picked up on the difference — even going from 3mm to 5mm. It’s the insert he’s always played. There’s no funny business there.”

Rietveld insight: “Jon played the TP5X for a long time. Spin has never been a problem for him — whether it’s with his irons, half shots or simple pitch shots. Fast forward to this season and Jon switched to the TP5, which many characterize as the higher spinning product. Jon did testing and found it was actually very comparable to the X for him in terms of spin, which was only about 100-200 RPMs difference at the top of the bag. Where guys like Jon and Rory [McIlroy] have found the biggest benefit is around the green where they need spin the most to stop the ball, and the margin for error is so fine.”

Jonathan Wall is GOLF Magazine and GOLF.com’s Managing Editor for Equipment. Prior to joining the staff at the end of 2018, he spent 6 years covering equipment for the PGA Tour.

Kayaking for Beginners: An Essential Checklist