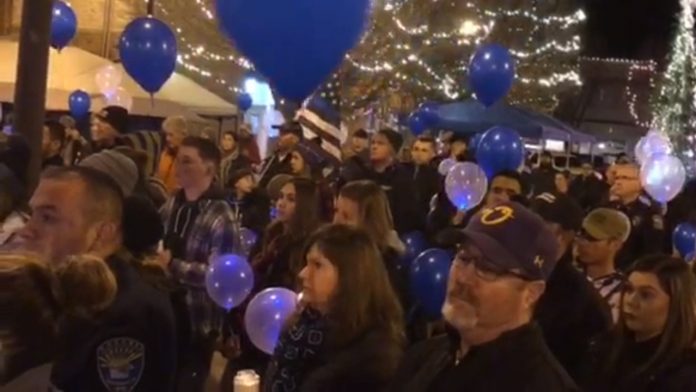 On the night Newman Police Cpl. Ronil Singh was fatally shot, the officers and deputies responding to help him thought he’d been kidnapped.

Law enforcement had already cordoned off the area of the shooting with crime scene tape and search teams were being assembled when a Merced County sheriff’s deputy, arriving at the scene at least 12 minutes after the shooting, spotted Singh’s body.

During the preliminary hearing Tuesday for Paulo Virgen Mendoza, the man charged with Singh’s murder, Deputy Satveer Sohal testified that he asked other law enforcement at the scene “about the status of the body, and they weren’t aware of it.”

Sohal said that when he heard this, he ran to the body and saw that it was Singh, then yelled for the others to come help.

Mendoza is accused of fatally shooting Singh at Merced Street and Eucalyptus Avenue in Newman just before 1 a.m. on Dec. 26, 2018, when he pulled him over on suspicion of driving under the influence. The Stanislaus County District Attorney’s Office is seeking the death penalty against Mendoza.

The preliminary hearing, to determine if there is enough evidence for Mendoza to stand trial, began Tuesday and is expected to last four days.

Turlock Police Officer Sarah Breier, who was a Newman officer at the time, was the first to arrive at the scene about a minute after Singh called off on the radio, “Shots fired! I’ve been hit!”

She testified that when she arrived, she saw Singh’s patrol vehicle on the side of road; the driver’s side door and back hatch were open, and there were shell casing on the ground nearby.

Breier said she searched all around the vehicle but couldn’t find Singh. She then walked up to a family of three people who were standing nearby crying. They told her that they had heard shots and came out to see a gray truck leaving the area and that Singh was possibly inside.

The search for Ronil Singh

That is what started the frantic search for the pickup and for Singh.

Breier got back into her vehicle and headed east out of town. She saw a Stanislaus County sheriff’s deputy at Hills Ferry and Stuhr roads who told her he had seen a gray truck heading north on nearby River Road, she testified.

She followed River to Crows Landing Road, where she met with other law enforcement before she went back to the scene.

At that point, Singh had been located. Breier rode in the ambulance with him to the hospital. She said he was never conscious or had any vital signs during that time.

About a dozen of Singh’s family members and friends attended Tuesday’s hearing in a courtroom with limited capacity because of the coronavirus outbreak. Some, including his wife, left while a 911 dispatch recording was played in which Singh calls for help. Those who stayed, including the dispatcher who was testifying to the recording’s contents, wept as it played.

Two people who encountered Mendoza in the minutes before the shooting also testified.

Susana Martinez Rodriguez, a cashier at Newman Foods, said Mendoza purchased cases of Tecate and Modelo beer and a pack of Camel Crush cigarettes before she saw him leave the store and get pulled over by a police officer.

Rodriguez said Mendoza was a regular at the store, though she didn’t know him by name. She said he flirted with her, which made her uncomfortable, and on several occasions came into the store so intoxicated that she had to refuse to sell him alcohol.

Martin Marquez, a customer who was also in the store, testified that Mendoza gave him an “eerie feeling” when he came in. His eyes were glossy and red, and he was giving Marquez a mean look, he testified.

Marquez left the store and headed toward home but saw Singh at the police station, about four blocks from the store.

Marquez said he told Singh about seeing Mendoza at the store and that he appeared intoxicated.

“I told him be careful because he has a look on him like, ‘I wish a mother f—– would …,’” Marquez testified.

Marquez said he went back to the store, where Rodriguez was outside. They saw Singh pull over the gray truck in which they had seen Mendoza arrive.

Rodriguez testified that she heard shots, but Marquez said he did not.

Marquez said he went back inside the store for a few minutes, and when he came back out, the gray truck was gone but the police car remained.

He said he drove up to Singh’s vehicle, which was about four blocks from the store, and couldn’t see anything. He drove around town for several minutes before returning to the scene to find other officers had arrived.

Erin has been covering breaking news and crime at The Modesto Bee since 2010. She is a Humboldt State graduate and resides in Oakdale.