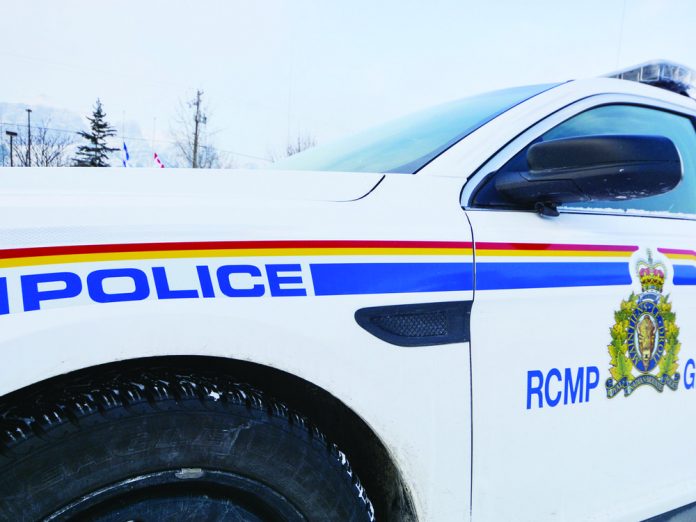 Many motorcyclists are gearing up and getting back on the roadways with temperatures on the rise. It is important for motorists and motorcyclists to look out for one another and share the road safely. Did you know:

· Most motorcycle collisions occur on dry roads and in urban areas;

· About two-thirds of collisions involving motorcycles result in death or injury;

· 40 per cent of motorcyclists involved in fatal collisions were travelling at unsafe speeds;

· Head injuries are the leading cause of death in motorcycle crashes. The good news is that a rider wearing a helmet is 37 per cent less likely to die, than a rider without one.

Safety tips for motorcyclists start with driving at a speed appropriate for the conditions. Motorcyclists should follow all traffic laws and stay focused on the road. Invest in a well-fitted helmet and protective gear which includes eye protection, durable jacket, pants and gloves. Gear should be both comfortable and weather appropriate. We encourage new riders and experienced ones alike, to take a motorcycle training course. Refreshing your knowledge and skills is an excellent step in getting ready to Ride Smart and Ride Safe.

Relaunching at a Safe Distance

As Alberta Health Services sets out parameters to relaunch Albertans into a more familiar world, as it was before COVID-19, we encourage everyone to be mindful of the guidelines still in place. The success of the relaunch depends on each of us doing our part to avoid putting ourselves and others at risk. Physical distancing requirements of two metres or six feet, will remain in place through all stages of relaunch. This is in effect in all environments outside of those you live with when visiting businesses, public trails, golf courses, backyard gatherings and campgrounds. As we are all following the same practices, we encourage everyone to be both co-operative and patient. Those enforcing the guidelines are simply looking out for your safety and abiding by the measures that have been put in place for all of us.

If you have any concerns about people not abiding by current public health guidelines, you can submit your complaint via Alberta Health at: ephisahs.microsoftcrmportals.com/create-case/.

The following calls are releasable to the public. However, the RCMP regularly attend calls which may involve matters that can not be reported on.

Devon RCMP are investigating a new home construction in Astoria Place that was vandalized over night. Utility blades were found in the drywall and new carpets were sliced. The carpet layers reported theft of tools amounting to approximately $4,000. A neighbour filed a suspicious person complaint that same night, when a youth was seen peering in a basement window. Anyone with information about the incident is asked to call the Devon RCMP Detachment.

An unmanned kayak was cause for concern when it was seen floating down the North Saskatchewan River. Devon RCMP attended to investigate and interview witnesses. The kayak was reported as travelling towards the Devon boat launch, without a rider. It is believed that the kayak became unmoored and floated downriver.

Devon RCMP located a motorist that was subject of an erratic driving complaint. Officers administered at roadside breath demand. The motorist blew a caution and received a driving suspension.

Devon RCMP attended the Key West Inn and located a subject of a complaint. A male was intoxicated and causing damage to the property. He was arrested and held until sober. No charges laid at this time.

Devon RCMP located vehicles that were reported as being on a private oilfield road. The individuals were trying out a quad. After speaking with the RCMP, they cooperated and left the area.

Devon RCMP are investigating the theft of a Canada Post parcel from an apartment complex. Video footage of the area is being secured. Anyone with any information about the package or it’s whereabouts is asked to call the Devon RCMP Detachment.

A backyard gathering around a fire pit was the subject of a noise complaint. Devon RCMP attended the residence to remind the homeowner to abide by the municipal bylaws. No charges were laid, as everyone was co-operative.

Devon RCMP responded to a call of a suspicious person, on a residential street, using a jerry can to add fuel to a truck. It was reported that the jerry can was handled poorly and gas was spilled on the vehicle and the ground.

The same evening, Devon RCMP responded to a call where an unknown male was looking through the shelving in an open garage. The suspect left in a similar vehicle when a member of the household came out and startled him. Devon RCMP have confirmed that no property was stolen from the garage. Police also believe the same individual was involved in both cases.

We remind everyone to be diligent and protect yourself from property crime. Secure your homes and garages. Do not leave garage doors open and the contents exposed to passersby. Lock your doors when you are not home. Latch your gates. Always report anything suspicious to the RCMP. While it may seem insignificant, you may just have the piece of the puzzle needed to solve a crime or a series of crimes.

A dark grey 2013 Hyundai Accent with an Alberta license plate was stolen from Birchwood Drive. Nothing of value was inside the locked vehicle at the time of the theft. The vehicle was later recovered in Edmonton.

A black 2019 Honda NPS50 Moped with an Alberta license plate was stolen from Imperial Crescent.

A white 2001 Ford SRW pick-up truck was reported stolen, from a driveway on Athabasca Avenue. The vehicle was locked at the time.

This rash of motor vehicle thefts is the subject of RCMP investigation.

A ring of keys was reported missing on Range Road 265 west of Devon. If found, please return to the Devon RCMP Detachment.

Devon RCMP are investigating a suspicious person complaint. The unknown male was captured on security footage, looking into vehicles on Gold Eye Drive. He did not gain access, as the vehicles were locked.

Devon RCMP responded to a fire on Imperial Crescent. The Devon Fire Department was on scene extinguishing a dumpster fire. No injuries or damage to surrounding properties was reported.

If anyone has any information regarding any of these crimes, please contact the Devon RCMP at 780-987-3413. If you wish to remain anonymous call Crime Stoppers at 1-800-222-TIPS.

La Crosse’s protests have remained peaceful. Why do others turn violent?...

Automotive Differential Market Is expected to Witness Significant Growth between 2020...

These ‘last responders’ deal with the bodies as coronavirus deaths surge...