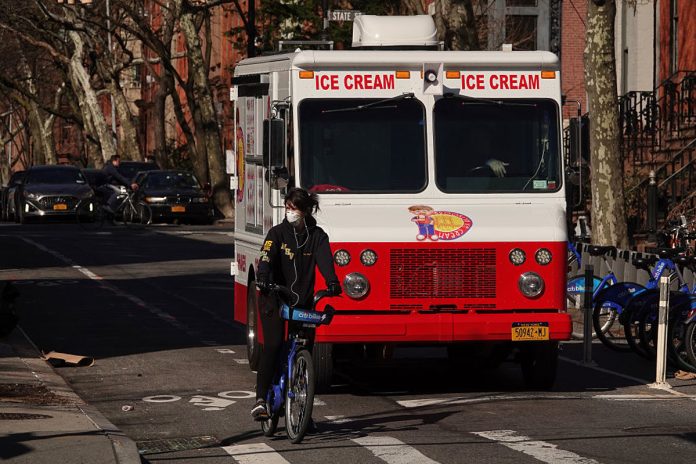 She would tell me the ice cream truck was coming.  My daughter, it appears, could pick up the music from several blocks away.  She would also know the truck would be in our neighborhood soon and that it was likely I had a couple of spare dollars.

The sound she would hear is from a very, very old folk song.  Turkey in the Straw is probably 200 years old and has a pedigree stretching back to Ulster where the tune may have originated in the 1600s.  It wasn’t considered racist in Northern Ireland.  Music isn’t racist.  Lyrics may fall under that category and it appears it’s what happened at times during the 1800s with Turkey in the Straw.  It became a staple of minstrel shows as the lyrics evolved with the times.

Because the tune is associated with shows viewed as offensive by modern standards, apparently it needs to go.

I keep in mind the only time I’ve ever heard the music is from an ice cream truck.  My rural hometown didn’t have ice cream trucks.  Years later when I returned as an adult, a truck had appeared on the streets.  A few years earlier I had heard my first truck rolling through the neighborhood when I was living in a big city.

The neighbors had a little boy and he would come over and spend his time talking with me as we sat on the steps.  I discovered he would go home if I bought him ice cream and then I could go off and tend to some chores.

At no time did I ever make any connection with the music from the truck.  About the only thing I considered was the driver must have been stir crazy after listening to the tune during a long daily shift.  Imagine going home and having it play in your head as you eat dinner, clean up and then try and get some sleep!

Will all ice cream trucks drop Turkey in the Straw?  You can bet the companies that don’t will be getting an earful of another kind from the liberal scolds in their towns and cities.

Car rear-ended by truck after slamming on brakes a traffic light...

Which trend will emerge in near future? – 3w Market News...