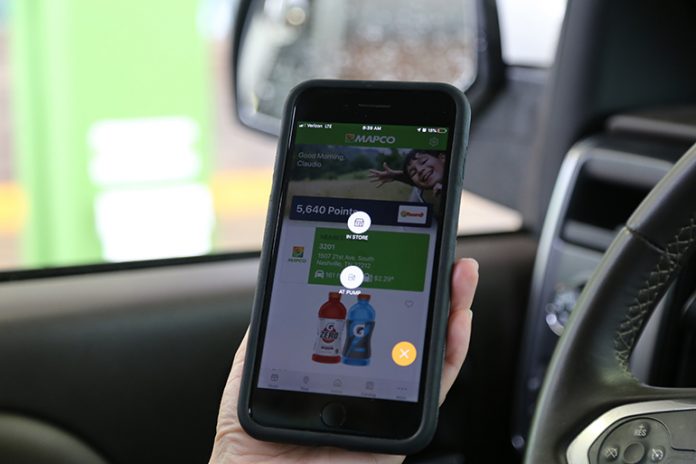 While the importance of tech adoption has been mounting in recent years, the COVID-19 pandemic pushed implementation of ‘future tech’ into lightspeed. C-stores are now racing to roll out digital solutions as they adapt to newly formed customer behaviors that materialized at record speed — especially in the foodservice realm.

According to Euromonitor’s “Digital Consumer Survey 2020,” almost half of connected consumers order foodservice for takeaway or delivery on a smartphone (48%), as opposed to in person. What’s more, 57% of global consumers report using a mobile app and 40% a mobile website to pay for their foodservice delivery or takeaway orders.

While many retailers had been exploring new technology in the months and years prior, the pandemic put those plans into motion.

However, some retailers — like Choice Market — were ahead of the curve. The Denver-based chain has been using technology, operating with what Founder and CEO Mike Fogarty calls an “omnichannel approach,” since its first store opened in 2017. The chain offers order-ahead, delivery and kiosk ordering.

With the recent opening of its third store, Choice is updating its mobile app and e-commerce website to allow customers to order not only prepared foods, but the c-store chain’s entire SKU selection for delivery. And the chain’s fourth location, set to open later this year, will pilot self-checkout via artificial intelligence (AI) vision-based technology, which tracks products as customers select them.  Having technology in place pre-COVID, with more on the docket, put the company at an advantage, said Fogarty.

“We’re not reacting to this new normal; we were already prepared,” he said. “Relative to (other) convenience stores, we do feel like we’ve been a little bit more progressive and innovative on that front.”

Claudio Daguerressar, vice president of marketing at MAPCO, with more than 300 corporate-owned stores, said innovation has always been central to the company, but he added that “the COVID-19 pandemic has forced the industry to rethink some of its strategies.”

While moving forward with the openings of four new and refreshed locations in four different states amid COVID-19, MAPCO launched and improved several initiatives, including a new app that enables customers to pay directly through their phones, a temporary full-service fueling program, as well as the addition of Amazon Hub at select locations across Tennessee and Alabama. Amazon Hub is a self-service kiosk that allows customers to pick up packages at the store, rather than having them left outside their door while they’re away. MAPCO also partnered with DoorDash to provide delivery services at 30-plus MAPCO stores across Tennessee, Alabama, Mississippi, Arkansas and Kentucky, with plans to expand the service to additional locations in the near future.

DoorDash has been a popular delivery partner among c-store retailers. In April, the company launched a new ‘Convenience’ category on the app, at which time more than 1,800 c-store locations nationwide had partnered with DoorDash, including 7-Eleven, Circle K, Wawa and Casey’s General Stores.

In August, the company announced the launch of grocery delivery as well as ‘DashMart’ stores — available in eight cities to start — which the company called “a new type of convenience store,” owned and operated by DoorDash itself.

South Carolina-based Spinx, which operates more than 80 stores across the state, added delivery in the spring in select markets through DoorDash along with other regional third-party operators, Uber Eats and Bite Squad, with plans to add new initiatives like curbside pickup and online ordering down the line. Spinx has found other ways to safely offer its foodservice amid COVID-19, with the recent launch of its food truck, The Cluk Truk, which will be open to the public for booking across upstate South Carolina, enabling socially distanced, outdoor dining.

Ironically, Bledsoe said, plans for the food truck were formalized long before the pandemic began.

“It was in the works way before (COVID-19), but it’s also lining up really well,” she said. “We thought we would be launching at festivals and really big events like the state theater, things of that nature, but it’s really turned into more localized, very personable events.”

Good Oil Co., which operates Good to Go c-stores in Indiana and Illinois, is also taking a food-forward approach with its newly rebranded foodservice program, It’s All Good Cafe, which offers a wide menu including pizza, sandwiches, sides and more.

In addition, the c-store chain is planning to launch a broader cold-case grab-and-go offer and is exploring other types of cuisines like Asian and Mexican. It’s also rebranding its fountain and coffee programs, and rolling out bean-to-cup coffee across its locations. All this will coincide with its partnership with Vroom Delivery to enable take-out and curbside pickup — followed by delivery — of the It’s All Good Cafe menu and much more.

“We put in somewhere around 1,200 or 1,500 SKUs, which includes tobacco, alcohol, center-store items, cold vault and, of course, foodservice,” said Mike Jones, director of marketing and foodservice for Good to Go.

The company chose to partner with Vroom Delivery after talking with other retailers who had good experiences with the service. Plus, the program integrated well with Good to Go’s current digital app provider, ensuring full functionality with its existing app.

For Good to Go, the timing was right for new technology and foodservice expansion.

“We are in growth mode for sure,” Jones said, “and foodservice is leading the charge.”

Unattended candles may have led to Tuesday Aberdeen house fire

Wiping down all parts of vehicles before and after repairs the...