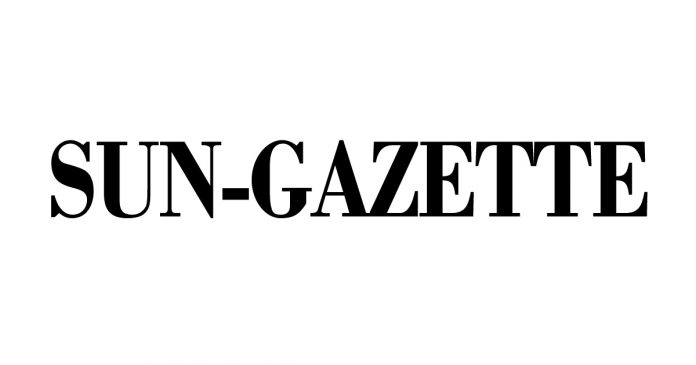 Arriving at Arby’s on Allegheny Street in Jersey Shore to investigate a report of a possible drunk driver in the drive-thru, Tiadaghton Valley Regional Patrolman Tyler Bierly immediately spotted the bloodshot eyes of Ronald Vanemon sitting behind the wheel of a 2012 Chevrolet pickup truck, according to court records.

“I detected a moderate odor of alcohol coming from the vehicle,” Bierly said, adding that in talking with the 58-year-old Vanemon, he noticed the driver’s speech was slurred.

Vanemon, of 195 Harvest Moon Park, Linden, told the officer “numerous times that he only had three beers,” according to Bierly’s affidavit. The officer was dispatched to the eatery about 1:50 p.m. on June 20.

Vanemon provided a blood sample that revealed the his blood-alcohol content level at the time was .14, Bierly said.

When he came to the police station the next day to pick up his driver’s license and his truck’s registration, Vanemon made “numerous comments about getting smashed.

“Leaving the station, he poured out a non-alcoholic drink in the driveway,” and then in an apparent attempt to taunt the officers, he lifted an unopened can of beer inside his truck before driving off, Bierly said.

A week after the incident, Vanemon came to the station and allegedly told one officer that “he would blow his head off if he received charges in the mail,” according to the affidavit.

Charged with DUI, possession of marijuana and possession of drug paraphernalia, Vanemon was arraigned before District Judge Jerry Lepley and released on 2,500 bail.

Bierly also arrested another motorist for DUI, Matthew Kline, 24, of 409 S. Main St., Jersey Shore, following a hit-run accident that occurred in the 100 block of Locust Street in the borough about 3:15 p.m. on May 13.

Within minutes after the crash, Bierly tracked down Kline at his apartment after a witness to the crash saw him going into apartment building.

After several minutes of knocking on the apartment door, Kline finally came to the door with a blank stare on his face, the officer said.

“I could smell alcohol (on Kline) even through the mask I was wearing as a precaution for COVID-19. He told me his car has not moved in months. I told him neighbors saw him hit a stop sign and a fence (with his car),” Bierly said in an affidavit.

“I told him to put his shoes on and come downstairs. He looked down at his feet. He only had on a pair of socks. With slurred speech, he said ‘I do have my shoes on.’ I told him he did not and to put them on,” the officer said. Kline’s blood-alcohol content level was .24, Bierly said.

Charged with DUI, reckless driving and accidents involving damage to unattended property, Kline waived his preliminary hearing before Lepley and was released on $1,500 bail.

In another case, motorist William Eiswerth admitted right off the bat to state Trooper Matthew Trick that he did have a driver’s license and that it had been suspended for a DUI offense, according to an affidavit.

The admission came moments after Trick stopped Eiswerth on Route 15 near the Hepburnville interchange about 5:15 p.m. on March 15 because the license plate on his 2009 Toyota Corolla had expired.

“I immediately smelled a strong odor of marijuana coming from the interior of the vehicle,” Trick said in an affidavit. Eiswerth 58, of Lancaster, told the trooper he smoked marijuana earlier in the day. Trick found a small amount of marijuana and drug paraphernalia in the car. A blood test confirmed marijuana in the driver’s system,

Charged with DUI, possession of marijuana and driving with a suspended license, Eiswerth has been sent a summons to appear before District Judge William Solomon.

In another case, when state Trooper Jonathan Thompson stopped motorist Brian Reynolds for “weaving back and forth across” a travel lane and then detected the odor of an alcoholic beverage coming from his car, the officer asked the 34-year-old motorist how much he had to drink.

“Nothing,” said Reynolds, who was stopped on Interstate 180 near the Faxon interchange on Nov. 27, according to an affidavit filed by Thompson.

Reynolds, of Bradford, “displayed a significant signs of impairment” during a series of field sobriety tests, Thompson said. His blood-alcohol content level was .17, Thompson added. Charged with DUI, speeding and careless driving, Reynolds was released on $5,000 bail after waiving his preliminary hearing before District Judge Gary Whiteman.

In a drug case handled by Whiteman, South Williamsport police “discovered a large-scale marijuana-growing operation” inside Joshua Swinehart’s home at 116 Beech St. after the 32-year-old man was found passed out on the cement floor of his porch about 6:15 p.m. on July 9, according to Patrolman Seth Stropp.

Police and paramedics were dispatched to the home to investigate a report of an unresponsive man. When they reached the scene, Swinehart was laying on his right side, suspected of possible drug overdose.

Swinehart regained consciousness and suddenly sat up, the officer said, adding that the resident mumbled “yes” when asked if he had taken any pills. However, the man kept “nodding off,’ said Stropp, who stayed with him to help an ambulance crew while another officer entered the home “to check on the possibility of there being another overdose patient or any children” inside the house.

No one else was in the home, but the officer first discovered “a large amount of marijuana” in the house and then nearly two dozen marijuana plants, Stropp said in an affidavit.

A search warrant was obtained and all the illegal drugs were then seized while Swinehart was taken to UPMC by ambulance. “Well over 30 grams of marijuana” was taken from the home, Stropp said.

Following his arraignment on charges of possession with intent to deliver marijuana, possession of psychedelic mushrooms and possession of drug paraphernalia, Swinehart was initially jailed in the Lycoming County Prison, has since waived his preliminary hearing an is free on $50,000 bail.

In another case, Ian Linn, 41, of Tamaqua, waived his hearing on state police charges of possession of methamphetamines and possession of drug paraphernalia that stem from an incident in the 1900 block of East Third Street on Nov. 10. He is free on $5,000 bail.

Also free on bail on drug charges in separate cases were Malikaah Alwan-Johnson, 18, of Philadelphia; Kyle Stamer, 23, of Malvern, and Michael Greenly, 29, of 148 Montgomery St., Montgomery, according to court records. All three have been charged with possession of marijuana and possession of drug paraphernalia and free on $1,500 bail each.

In Jersey Shore, Lee Brungard, 29, of 915 Hulings Road, Linden, has been charged possession of bath salts and possession of drug paraphernalia in the 100 block of Tomb Avenue on June 11, according to Tiadaghton Valley Regional police. A bench warrant for his arrest was expected to be filed after he failed to appear for his preliminary hearing,

Concerning another drug case in the borough, Jacqueline Brookens, 46, of 712 Allegheny St., apartment 4, has been charged with possessing cocaine, hydrocodone pills without a prescription and drug paraphernalia at her apartment on June 2, according to the Tiadaghton Valley Regional police. She is also charged by the same department with possessing marijuana in her apartment on April 28. She is free on a total of $40,000 bail.

Area police have handled a few retail theft cases, including Donya Woods, 32, of 2212 W. Fourth St., who has been charged with misdemeanor shoplifting for allegedly stealing a total of $390 worth of merchandise from the Weis Market at 1916 Lycoming Creek Road on 11 occasions between May 19 and June 19, Old Lycoming Township police Sgt. Christopher Kriner said in an affidavit.

Woods has admitted to the thefts, telling Kriner that “she was losing hours at her place of employment due to COVID-19 so she began to steal a few items (at a time) from the store.” She is free on $1,500 bail.

At the Weis Store at 305 River Ave. in Loyalsock Township, Jasmine Mubarak, 22, of Williamsport, was caught on store video allegedly stealing a total of $335 worth of merchandise on seven occasions between March 22 and April 26, according to state Trooper Troy Croak. She is free on $5,000 bail.

When Christina Boyce, 49, of 910 W. Third St., was caught allegedly trying to steal $142 worth of merchandise at Walmart in Montoursville on July 8, she told borough Deputy Police Chief Jason Bently that “she didn’t know why she stole the items because she had the cash.”

Arraigned on felony shoplifting charge, this was her eighth shoplifting arrest, she remains jailed in lieu of $10,000 bail.

Light Commercial Truck  Market to witness the acceleration of growth over the...

ECONOMIC WATCH: Shippers enjoyed most favorable conditions ever in April –...