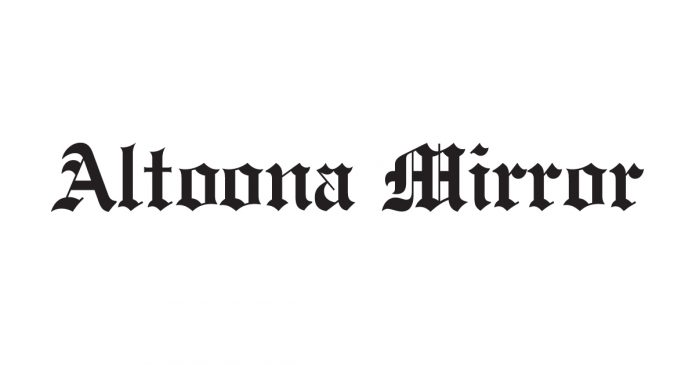 Labor Day is the unofficial kickoff for hunting season. Every outdoor person can literally smell it. And, sure enough, on Sept. 1, it is the opening day for doves. There’s plenty to do too, guns need sighted in, turkey calls tuned, hay bales set up for archery target practice and scouting for good locations for tree stands, turkey flocks and doves

Doves are delicious table fare but it takes about six of them to make a serving and about 30 shots to bag those six. One of the best ways to find dove hangouts is to drive the back roads looking for doves picking at grit by the roadsides. Another is to look along power lines; doves delight in lining up on light lines. Good waterholes in proximity to grain fields are dove hotspots but you have to locate them.

Dove hunters spend a lot of time sitting along these places, waiting for birds to come swirling along. Dove hunting, like turkey hunting, has picked up devotees in direct proportion to the decline of good pheasant and rabbit hunting.

Doves apparently set down on light lines to look over a feeding area before they put down in it. Be reminded not to shoot at birds on power lines. That could get you into big trouble. Of course, the more any particular covey of doves is shot at, the spookier they get.

Dove breasts are easy to saute in butter or deep-fry if you like. Slow cooking is best because such small items will dry out if cooked too fast. Lawrys has a great marinade that is good for all poultry but especially for doves — teriyaki marinade with pineapple juice.

Dove hunters wear camouflage clothes, take up posts near flyways — the most likely place where doves flying from one field to another would cross, then, like turkey hunters, sit as still as a statue. Doves are spooked royally by fidgeting hunters. Try to position yourself so that your shots will be at birds flying horizontally to you. Shots at these speedsters are difficult enough without trying to bag birds coming straight on.

A portable seat is almost essential. Not the cushion you use for turkey hunting but a small stool with legs. The portable, pop-out canvas seats are perfect and lightweight. Some hunters tote along a bucket to sit on, but use whatever is most comfortable for you. Choose your set-up for doves with a good background that will help hide your silhouette. Trying to shoot at streaking birds while sitting on the ground is awkward at best. A seat gives you leverage for your feet, a great help when wing-shooting.

Most dove hunters prefer a shotgun with modified choke and shot sized from No. 7-9. To have any chance at all, you need a shot pattern that spreads well. When action slows down in the flyways, a group of hunters often spreads out in a field and slowly tramps through, trying to jump the birds up, much like pheasant hunting. If you have all day to hunt, a combination of tactics probably will offer up the most chances for shots. When a dove drops, keep your eyes peeled on the drop site. Unless you have a retriever along, a dove dropped into grass can be mighty hard to locate.

Remember that to hunt doves, you must have a Migratory Game Bird License. Daily limit for doves is 15 daily and having only 45 birds in possession at one time. Season hours must be memorized. Dove seasons are always split so consulting the PA Migratory Game Bird Hunting brochure at the Post Office where you purchase your Federal Duck Stamp is a must.

Wouldn’t Davy Crockett wonder at the small beeping boxes that almost every hunter has in his pocket these days?

But now we can access a lot of information we need over our phones and computers and the Game Commission has made a lot of it available to us that way.

If you hunt State Game Lands, having a map is vital. The Pennsylvania Game Commission now offers a site where you can create customized maps; search, discover and print SGL maps with features including aerial photos, topographic base maps, Wildlife Management Units and more. Many is the day in my past that I would have given a lot to have that info at my fingertips.

You can access the list of over 400 miles of roads that are open to hunters only during the season. This listing shows location maps, descriptions of sate game lands roads and their opening and closing dates.

The calendar of hunting seasons is also available and there was a day many years ago when I would have benefited from having that info at my fingertips. It was fall turkey season — or so I really thought — so I went to some local game lands, hiked to my spot, put up my orange to mark my position, and proceeded to spend the next couple hours calling turkeys.

After awhile, a nagging thought emerged from somewhere inside me: are you really sure the season is still on for this week or did it close last week? Once that thought presented itself, I just didn’t know. Yes, of all people I should have known and was without excuse for not knowing, but I was so sure that I did know but now I was doubting myself.

I became so uncomfortable that I got up, gathered all my gear, and then had a lengthy hike back to my vehicle. I had to cross a large field right by the road where I was parked, and I just knew that the Game Commission was going to come along and pounce on me for hunting out of season. I didn’t even have the hunting digest with me in my truck so I had to drive home and when I did, I found out that season had indeed ended. I had been hunting illegally for several hours that morning.

I could have saved myself a lot of grief had I then owned a phone on which I could access the information I needed.