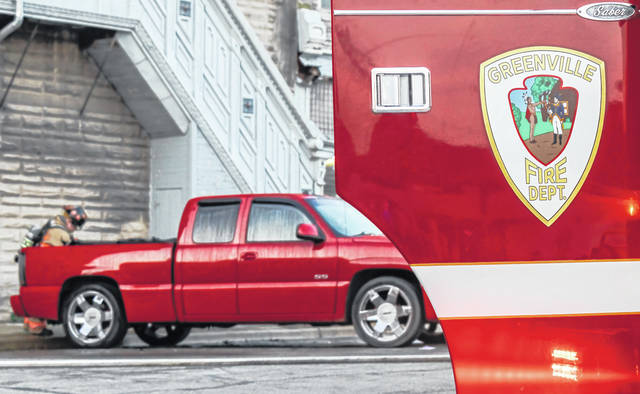 Greenville fire fighters quickly doused a vehicle fire in Greenville Sunday morning. The fire is being investigated as suspicious.

GREENVILLE — A Sunday morning fire in downtown Greenville is being investigated by authorities after being ruled suspicious in nature.

According to the Greenville Police Department, a preliminary investigation into the incident revealed that a red 2005 Chevrolet SS pickup truck, parked off of Broadway near the traffic circle, was discovered to be on fire with smoke and flames showing from the bed of the truck. Due to the location’s close proximity to the fire department, as well as quick response time, firefighters were able to isolate the fire to its point of origin preventing any further damage to nearby surrounding areas. Greenville fire fighters quickly doused a vehicle fire in Greenville Sunday morning. The fire is being investigated as suspicious.