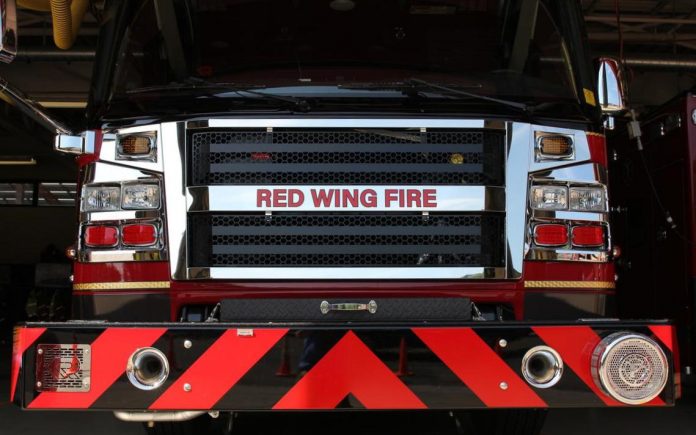 A small fire was extinguished within five minutes of firefighters arriving on the scene, according to a news release. No injuries were reported.

The fire, which is under investigation, caused moderate damage to the outside of the building, according to Red Wing Fire Department. Fans were used to remove smoke that made it inside the store.

Minnesota Department of Agriculture was called to reopen the store. The department regulates retail food handlers such as grocery and convenience stores.

A total 20 firefighters worked the scene for an hour. The response included three fire engines, a ladder truck and two ambulances. Red Wing Police Department and Minnesota State Patrol assisted at the scene. Ellsworth Ambulance filled in at the city’s Fire Station 1 during the call. Goodhue County dispatch assisted over the radio.