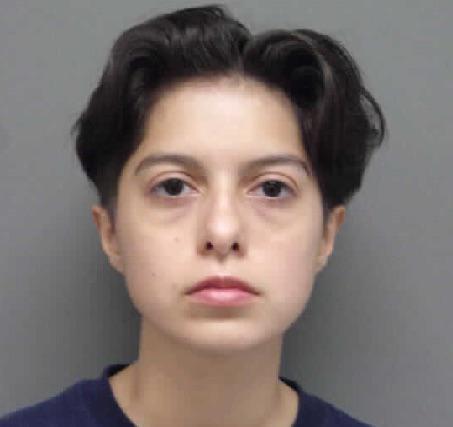 On the night of Friday, June 12th, a drive-by shooting occurred at the Short Stop convenience store located at 1609 N. Broadway Street in Ballinger. No one was injured in the shooting. The alleged shooter, Bethany Danielle Molina, is from San Angelo and was arrested in Upton County approximately 3 hours after the shooting.

When the suspects fled the Ballinger area the surrounding counties were notified of the incident and to be on the lookout for vehicles the suspect(s) may be driving.

At 0208 hours (2:08 a.m.), Upton County located the sedan and arrested a female suspect, Bethany Danielle Molina, age 21, resident of San Angelo, Texas. At this time, there may be additional persons involved, including a minor. The truck was recovered at the Ballinger Lake. No individuals have been injured during this incident.

Upton County is approximately 160 miles west of Ballinger and includes the towns of Rankin and McCamey.

Carrie Turney said that her son, Ty, was at the Short Stop during the drive-by, “Ty and his friends were at Short Stop when the shooting happened. They had stopped there to get ice and drinks before going night fishing at a friend’s ranch. They knew the kids who were getting shot at. The lady working at short stop is our neighbor. And I’m thankful to her for staying as calm as possible and keeping the kids contained as best she could while waiting on police.” Turney says that the clerk’s actions during the mayhem of the drive-by were commendable, “I just wanted people to know that Sarah kept her calm and realized she had a group of kids and tried the best she could to keep them calm and inside.”

Molina was booked into the Runnels County Jail on a charge of Aggravated Assault with a Deadly Weapon. Her bond was set at $100,000.

The investigation is on-going and the story will be updated once more information is released.