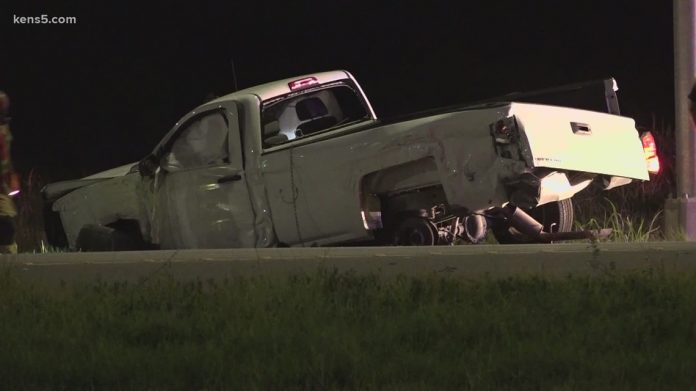 An official with BCSO said that due to evidence found in the truck, alcohol likely played a factor in the crash.

SAN ANTONIO — A man is in critical condition following a crash along 1604 near US90 early Saturday morning.

According to an official with BCSO, deputies were called out to the scene at 4 a.m. Saturday. Upon arrival, deputies found a white pickup truck with significant damage and a man laying on the road.

SAFD arrived soon after and took the man to a nearby hospital; the driver sustained life-threatening injuries during the crash.

Per BCSO, the pickup was speeding along 1604 when it hit a wall and then rolled multiple times. The driver was not wearing a seatbelt and was ejected.

1604 southbound at US90 was shut down while investigators worked the crash.

Due to evidence found in the truck, it is believed that alcohol likely played a factor in the crash.

Outriders is Shaping Up to be Mass Effect for the Next...