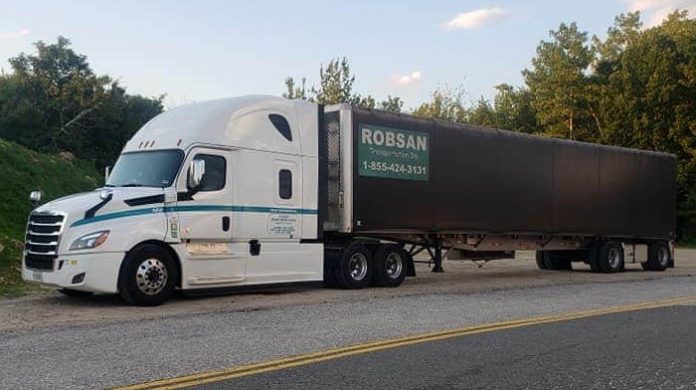 TORONTO, Ont. — As the Canadian economy crawls back from Covid-19, the trucking industry is bracing for a new battle over an old problem – the driver shortage.

In July, Trucking HR Canada released a study on the impact of the pandemic on the industry, which showed a significant contraction. It found that drivers accounted for 34,700 job losses, or roughly one in two jobs, in the first two quarters of 2020.

The start of the third quarter, however, was a different story with most of Canada entering Stage 3 of reopening, and fleets resuming hiring amid a surge in demand for freight across North America.

“I’m finding it difficult to hire,” said Patricia Whitesell, vice-president at Robsan Transportation, a small fleet based in Hamilton, Ont.

“The (Covid-19) situation in the States is so bad that people with the qualifications that we require don’t want to go to there. They want to work in Canada only,” Whitesell said of Robsan’s predicament.

Even before the pandemic, the company had problem finding drivers as it has set a high hiring standard.

That is because it works in the nuclear industry, transporting used material such as clothing, pumps and motors to a decontamination center in the U.S. for recycling.

“I really think that the pandemic has made the situation in hiring worse than it was before,” Whitesell said.

Robsan is not the only company searching for cross-border drivers. Jobs advertised by multiple carriers on online sites such as Indeed offer salaries ranging from $70,000 to $95,000 for drivers with as little as one year’s cross-border experience, indicating how hot that segment has become.

Availability has also been affected by a U.S. decision in March to stop issuing visas to drivers employed in Canada on work permit. Many carriers rely on temporary workers including international students to fill vacancies.

The visa process has since resumed, but there is a big backlog of applicants, said Andy Kahlon, president of Daytona Freight Systems, a medium-sized carrier based in Caledon, Ont.

“Some of our drivers have received visa appointments for December or January,” he said.

Daytona, with a branch in Dartmouth, N.S., and a subsidiary in the U.S., has been aggressively hiring.

In its latest bid to attract drivers, the company is making an unusual offer to new hires – interest-free loans of up to $20,000 toward down payment of a home in Nova Scotia where the demand for drivers remains high.

That province has been recruiting drivers through its Nominee Program, but Kahlon said many truckers leave for the Greater Toronto Area once they get their permanent residency permits.

“The companies there are struggling to keep the drivers because most of them have relatives settled in the GTA,” he said.

Daytona’s incentive is aimed at those drivers, and the company wants to take them back to Nova Scotia, where it recently acquired R3N Freightlines, a small business with 18 trucks.

Kahlon said dozens of people have expressed interest in the program.

One company that is sticking to the traditional method of hiring is Bison Transport, which employs some 3,000 people.

“We haven’t needed to offer any unusual incentives,” said Tracy Clark, director of driver recruitment and retention at Bison.

“What is most important to help us stand out is, due to our strong customer base, we have been able to keep our drivers moving and hauling freight, which is what they want to do ultimately,” she said in an interview from Calgary, Alta.

In the early days of the pandemic, Clark said, there had been an increase in drivers looking for work, but the majority of applicants wanted to run within Canada or even stay locally.

She said Bison’s “unparalleled commitment to safety” is helping it attract qualified drivers.

Currently, the company is actively recruiting cross-borders drivers, as well as owner-operators in Eastern Canada because of growing business there.

“We need to add more tractors to our fleet in order to carry all the new freight,” Clark said.

Bison strictly follows all the health and safety protocols including a Covid-19 pre-screening in hiring new drivers to make sure there are no risks.

The company has also been holding virtual orientation classes for the new recruits.

“They have been working out really well, and it causes us to wonder why didn’t we do this before,” Clark quipped.

CarriersEdge CEO Jane Jazrawy, who oversees the Best Fleets to Drive For program, believes what the drivers need most is a good work environment.

“One of the things I think people miss about recruiting strategies is that you can have fantastic ads and a great hiring bonus, but at the end of the day, when people come to work for you, your company’s environment has to be one where they want to stay,” she said.

Jazrawy said recruiting can’t just be about getting people in the door.

“What we find in Best Fleets is that the companies who are putting a lot of effort into engaging their existing drivers and support staff find out what makes people want to stay. Then they add those strategies into how they recruit.”

Jazrawy said having own driving school is a good strategy.

Many companies find the drivers they train from the start have lower turnover once they start working as a full-time professional driver, she said.

Agenda Weekender: 18 fun things to do in Charlotte this weekend