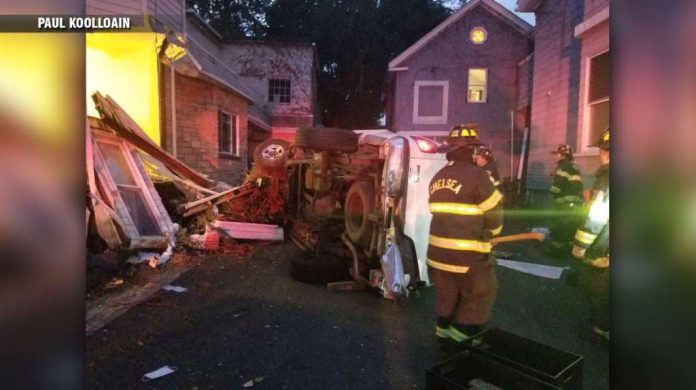 CHELSEA, MASS. (WHDH) – A driver was injured after their pickup truck slammed into a home in Chelsea before rolling over onto its side early Monday morning.

Emergency crews responding to the crash on Clark Avenue around 6 a.m. helped remove the driver who became trapped inside the pickup truck, which had sustained significant front-end damage.

The driver, whose name has not been released, suffered non-life-threatening injuries.

The crash left a large hole in the side of the home and major structural damage.

No additional information has been made available at this time.

This is a developing story; stay with 7NEWS on-air and online for the latest updates.