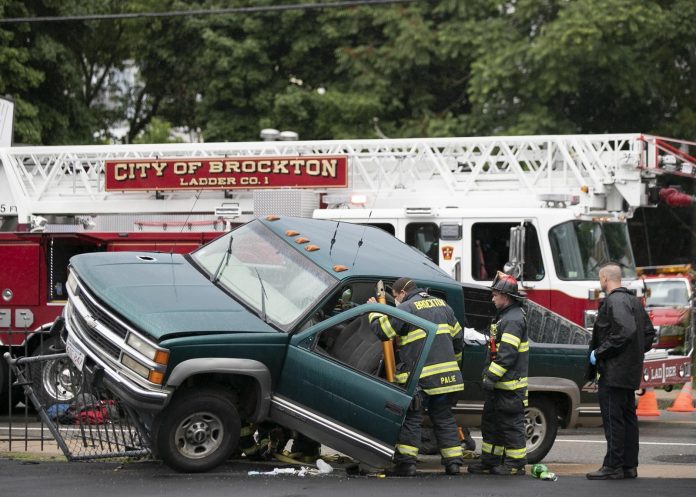 The vehicle struck a fence on North Main Street and became partially suspended in the air atop the fence.

BROCKTON — A driver was injured when he crashed into an iron fence, causing the vehicle to become partially suspended in the air atop the fence.

Police and firefighters responded to a report of a crash on North Main Street at about 3:08 p.m. Wednesday. The initial calls to police reported that a vehicle had struck a building and possibly a pedestrian.

When police arrived, the driver of the truck, a 37-year-old Weymouth man, was lying on the ground outside the vehicle.

The man was taken by Brewster Ambulance to a local hospital with minor injuries, Duarte said.

Police are investigating whether the driver may have suffered a medical emergency prior to the crash, but the cause remains under investigation.

No charges had been filed as of Wednesday evening.

Senior reporter Cody Shepard can be reached by email at cshepard@enterprisenews.com. You can follow him on Twitter at @cshepard_ENT.