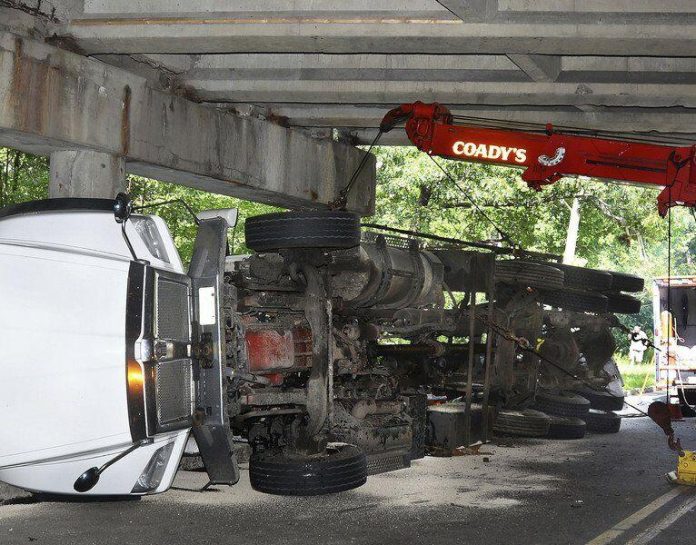 CARL RUSSO/staff photo An Interstate-93 overpass was struck and damaged by a truck traveling beneath it on Hampshire Road in Methuen near the Salem, New Hampshire border just after 1 p.m. Monday. The driver had minor injuries. The overpass appears to have suffered damage on the northbound side. Images from the scene show cracks in the cement. The truck is used to load, unload and transport large metal containers. After the crash, the truck ended up lying on its side under the bridge. Mass. State Police was on scene to check the highway itself and MassDOT inspectional services were on scene to inspect under the overpass. Coady’s Towing and Recovery Services in Lawrence worked for two hours, using a torch to cut and remove parts of the truck before uprighting and towing the truck.7/20/2020

Portsmouth man says he acted in self-defense in civil suit over...