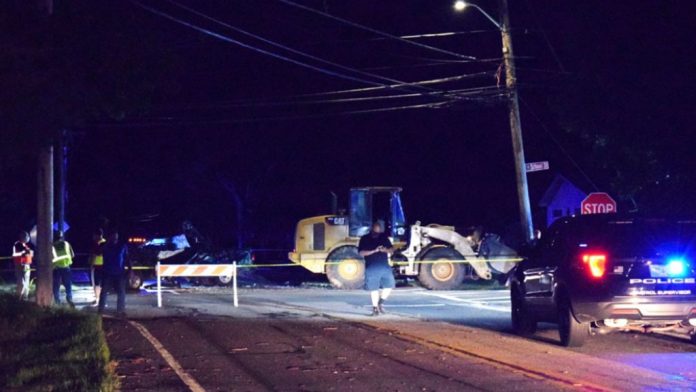 CHELMSFORD (CBS) – A pickup truck driver was killed when he collided with a front-end loader that was cleaning up storm damage in Chelmsford Tuesday night.

It happened around 9:30 p.m. at the intersection of Graniteville Road and School Street.

The pickup driver was pronounced dead at the scene.

Police said the front-end loader was being driven by a man who works for the Chelmsford Department of Public Works and that he was helping clear debris from the storm. He was seriously hurt and was rushed to Lowell General Hospital.

The names of the drivers have not been released.

There’s no word yet on what caused the crash.