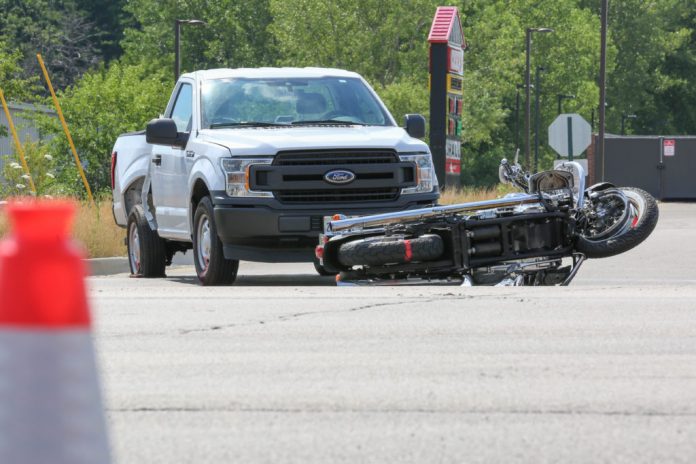 A 56-year-old man riding on a motorcycle was killed after a pickup truck failed to yield and struck the motorcyclist in Woodstock Saturday morning.

The Woodstock Fire/Rescue District and Woodstock Police Department responded around 11:49 a.m. Saturday to the area of Route 14 and Route 47 for a traffic crash with injuries.

The 56-year-old Algonquin man riding on the motorcycle sustained serious injuries and a LifeNet medical helicopter responded to the scene.

The man was flown to Advocate Condell Medical Center in Libertyville where he was later pronounced dead.

The McHenry County Major Crash Assistance Team (MCAT) responded to the scene to assist with the investigation.

Route 47 between Route 14 and Cobblestone Way was closed for several hours during the investigation.

Lillund, who did not sustain any injuries, was cited for failure to yield at a stop intersection and driving on an expired driver’s license.

The name of the motorcyclist is being withheld pending notification to his next of kin.

Alcohol is not believed to be a factor in the crash, which remains under investigation.

A Tougher Jeep Is a Better Jeep • Gear Patrol