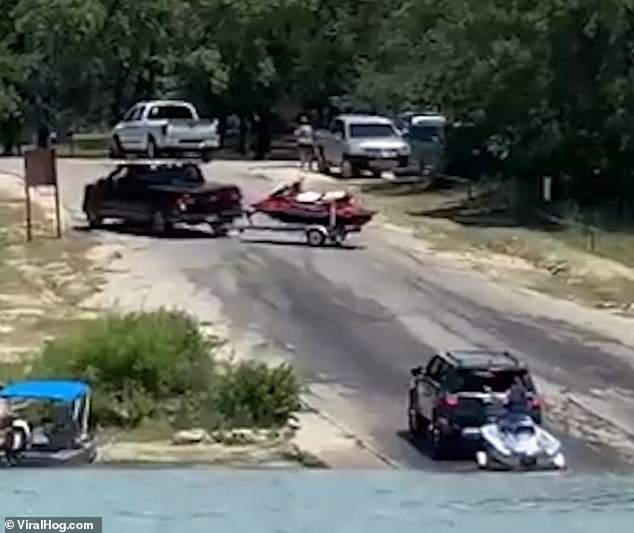 Need a hand? Driver struggles to reverse jet ski trailer down a boat ramp leaving onlookers in fits of laughter

By Sam Baker For Mailonline

Visitors at a lake in Texas were left in hysterics after a pickup truck tried to reverse its jet ski trailer down a ramp but failed over and over again.

The embarrassing driving fail was caught on camera at Canyon Lake and was recently shared online.

At the start of the footage, the people recording are already in fits of laughter as a black pickup tries to make its way backwards down the ramp.

A black pickup truck towing a jet ski trailer pulls up at the top of a ramp at Canyon Lake, Texas, to try and reverse it down to the water but the trailer ends up moving diagonally 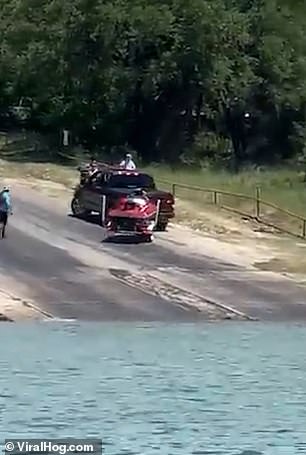 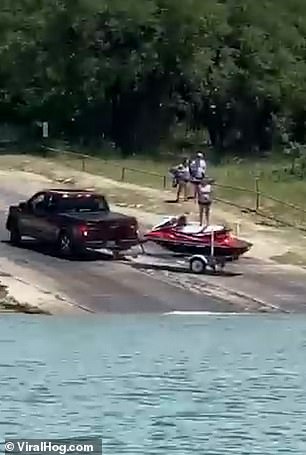 The trailer jackknifes multiple times as the hapless driver struggles to keep his trailer flush with their truck (left). At one point the truck gets agonisingly close to reversing the trailer to the water but it twists away just before the lake

The jet ski trailer jackknifes forcing the driver to go back up the hill to reset their descent.

While struggling to contain her laughter, one person watching says: ‘He’s done it again!’

The truck driver persists though and zig zigs their way partially down the ramp but ends up angling their trailer off the side. 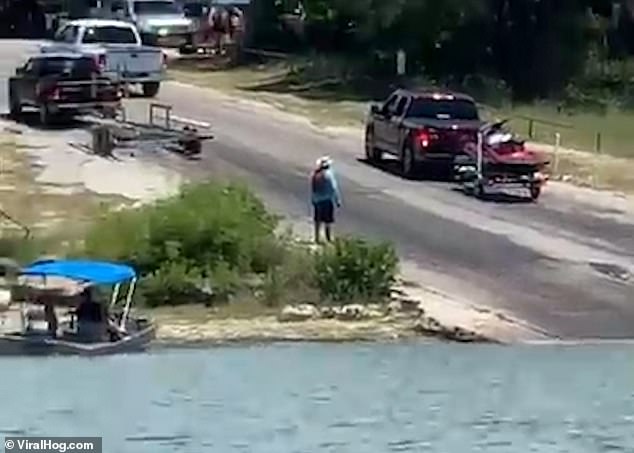 A woman in a blue shirt tries to help the struggling driver by standing down the ramp to direct them. A second truck driver pulls up at the top of the hill to complete their own descent 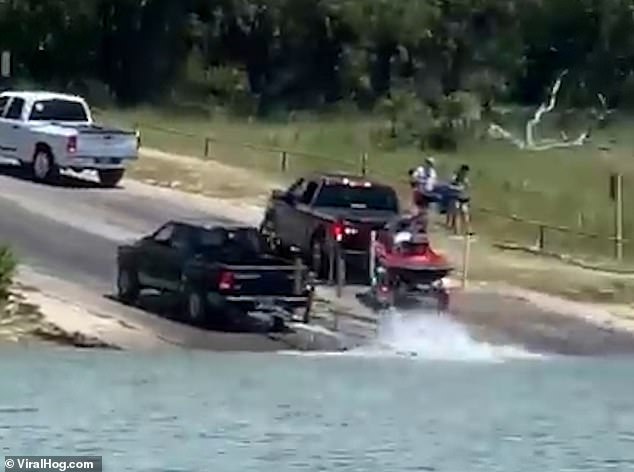 The newcomer adds insult to injury for the original driver as they quickly reverse down the ramp and into the water without a problem, causing a splash as the trailer hits the water

A woman in a blue shirt walks up behind the trailer to try and direct the driver.

After three painstaking minutes the truck driver nearly manages to direct his trailer into the lake at the bottom of the ramp but right at the end it twists away from the truck again.

To add insult to injury, a second truck flawlessly reverses its own jet ski trailer down the hill alongside the struggling driver, first time.

Speaking after the hilarious failure on May 17, one of the people recording said: ‘We were waiting by the launch to load up the boat and the people in the video had started to back up to launch their jet ski. After multiple failed attempts, I began to record.’