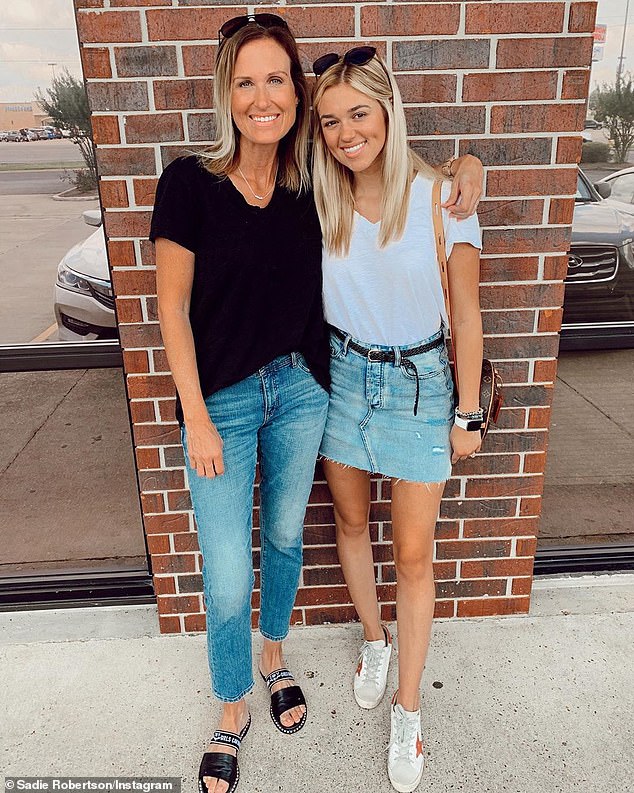 Duck Dynasty and Dancing With The Stars veteran Sadie Robertson and her mom Korie have spoken out after their family was targeted in a ‘scary’ drive by shooting.

Korie, the wife of Duck Commander founder Phil Robertson’s son Willie, assured fans on Instagram that the family was unharmed.

‘Thank you so much for all of your prayers for our family,’ she wrote on Monday. ‘We are all safe and sound and feeling profoundly grateful for God’s protection over us! Yes, the news reports are true, we had a drive-by shooting at our home on Friday, it was scary and dangerously close, but thanks to God no one was hurt.’

Not hurt: Duck Dynasty’s Sadie Robertson and mom Korie have called a drive-by shooting ‘scary and dangerously close’ after their home was targeted; the pair are seen in a file picture

Daniel King Jr, 38, of West Monroe, Louisiana, has been charged with one count of aggravated assault by drive-by shooting, the Ouachita Parish Sheriff’s Office announced on Sunday.

King was arrested just after 8pm on Sunday and booked into the Ouachita Correctional Center after spraying two homes on Willie’s remote country estate in  West Monroe, Louisiana, with bullets. Bond was set at $150,000.

Korie said that despite the shocking incident, the family was continuing with normal life. ‘Today we got to participate in a drive-by birthday celebration! Crazy how life works! We honked our horns and made signs. We are alive and well, and not taking this day for granted!’ 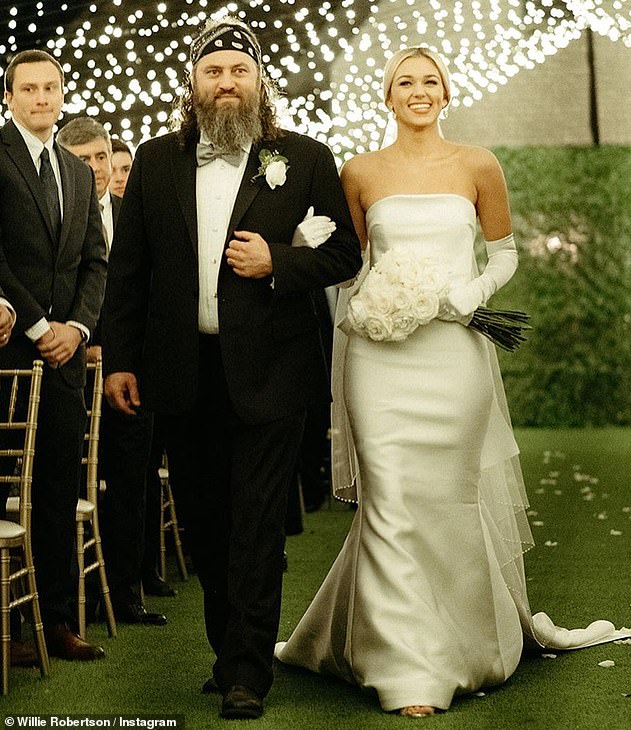 Family: The Robertsons had hunkered down at the remote estate; Willie is pictured here with daughter Sadie, who was home during the shooting 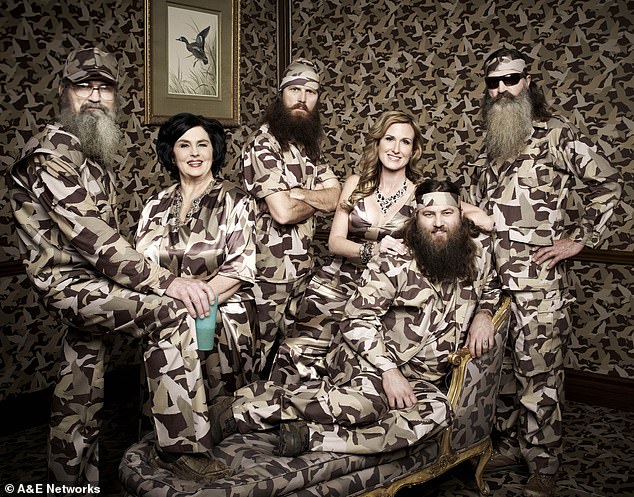 She added: ‘My grandmother used to read this scripture aloud every night before she went to bed, when we spent the night she would read it over us, ‘So do not fear, for I am with you; do not be dismayed, for I am your God. I will strengthen you and help you; I will uphold you with my righteous right hand.’ Isaiah 41:10 God is good! Praising him today and every day!’

While Willie Robertson wasn’t home during the shooting, multiple family members were. The Robertsons had hunkered down at the estate, composed of multiple properties, to ride out the coronavirus pandemic together.

The gunman’s estimated eight to ten bullets hit two homes, one of which was occupied by Willie’s son John Luke, his wife Mary Kate McEachern and their infant son. 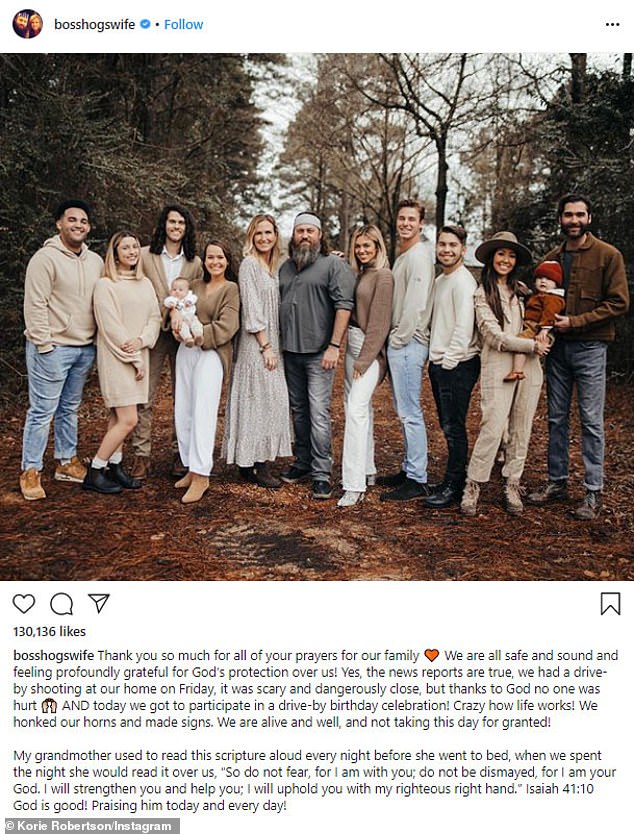 Speaking out: Mom of six Korie shared a picture with Willie and their family as she talked of the dangerous experience 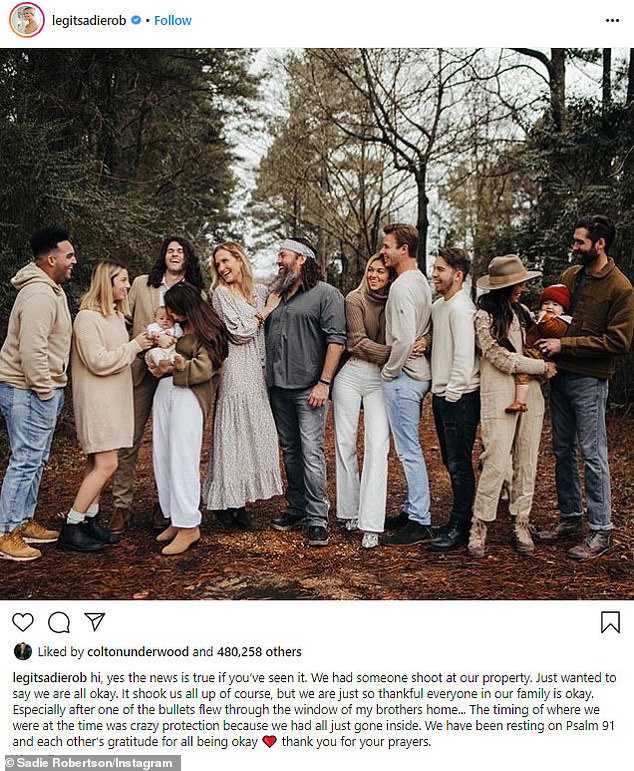 ‘It’s true’: DWTS star Sadie shared the news with fans, along with the same photo as mom

John Luke’s sister Sadie, 22, wrote on Instagram that the family were ‘shook up’.

‘Hi, yes the news is true if you’ve seen it. We had someone shoot at our property. Just wanted to say we are all okay,’ she wrote on Instagram on Sunday

‘It shook us all up of course, but we are just so thankful everyone in our family is okay. Especially after one of the bullets flew through the window of my brothers home…

‘The timing of where we were at the time was crazy protection because we had all just gone inside. We have been resting on Psalm 91 and each other’s gratitude for all being okay. Thank you for your prayers.’

Her adopted sister Rebecca shared the same family photo and wrote: ‘You might have heard or saw the news about the drive by shooting at my family’s property, which we are all currently living on.

‘Just wanted to hop on here and let y’all know we are all okay, and thank you everyone for the calls & messages to check on us! We are all still a little shook up, especially thinking of what may have happened, but thank God for his protection & watching over us.’ 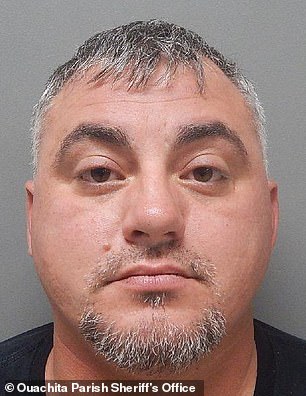 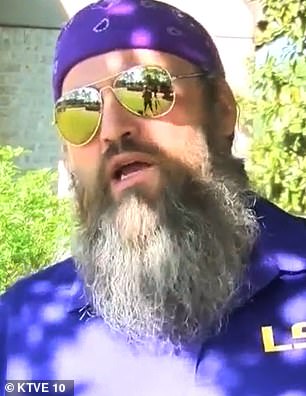 Daniel King Jr (left), 38, of West Monroe, Louisiana, has been arrested in connection with a drive-by shooting that struck the property of Duck Dynasty star Willie Robertson (right) 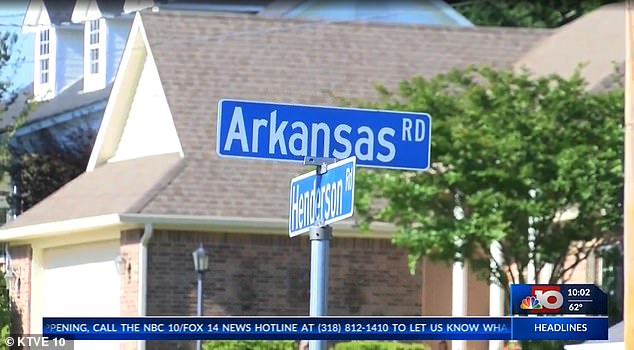 Two residences on Robertson’s property were struck by bullets, though no one was injured 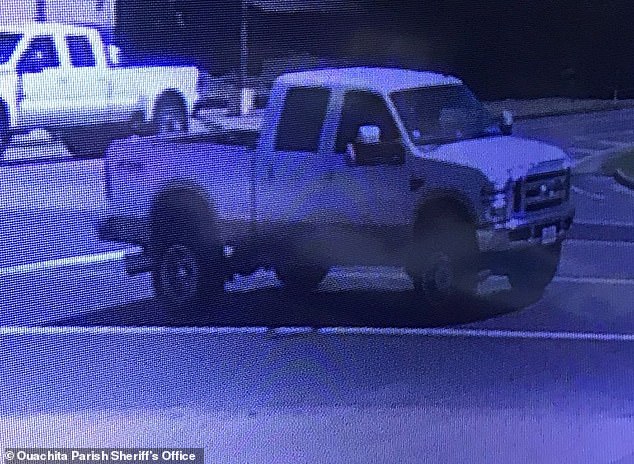 ‘God was watching over us,’ her dad Willie Robertson told KTVE-TV.

‘Like I said, just a few minutes before, we were all outside; kids outside, grand kids outside, right where the bullets came through.

‘God is good and we will keep serving him.’

Can automotive get back in gear? – Midday Market Update (with...