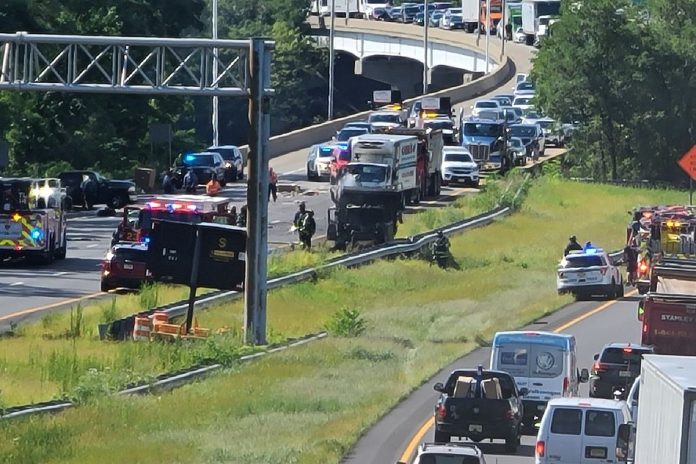 A dump truck caught fire after being hit by a Dodge Ram pickup truck near the scenic overlook between Routes 130 and 195 just after 10 a.m., according to State Police spokesman Lawrence Peele.

The driver of the dump truck suffered non-life-threatening injuries and the driver and passenger of the Dodge sustained serious injuries. All were hospitalized.

The cause of the crash is under investigation.

A flower truck sprouts its way onto the North Fork

Old Mercury Pickup Trucks From Canada Weird Me Out

Ask TFL: Why Did You Buy a Pickup Truck Instead of...