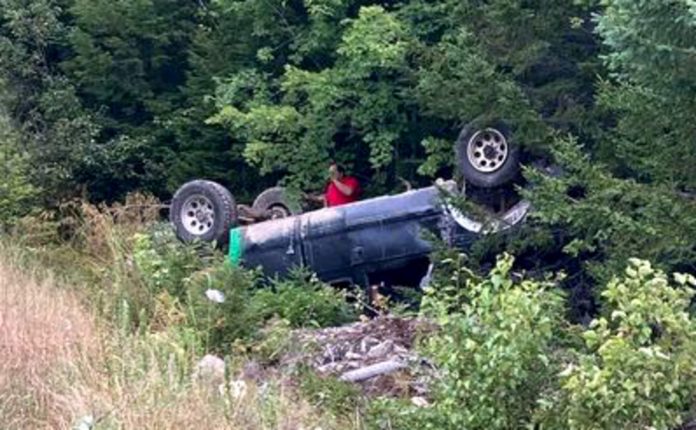 A Penobscot County man has been accused of leading police on a chase in a pickup truck that ended in a crash in East Millinocket on Sunday.

East Millinocket police Sgt. Gary Lakeman was on Cedar Street answering a report of an assault involving a knife, where witnesses said the suspect had fled in a pickup truck, when the truck drove by him. Lakeman pursued it onto a dirt road off Church Street, lost it briefly when Lakeman slowed because the chase was going too fast for road conditions but saw it again by following the trail of dust it kicked up, police said.

The pickup had rolled over and the driver, 23-year-old Dwayne Bartlett Jr. of East Millinocket, was thrown clear, but had only minor injuries. Bartlett was charged with eluding an officer, failure to stop for an officer, violation of bail, operating after suspension and other traffic violations, police said.

Bartlett is due in District Court in Millinocket to answer the charges in November. More charges connected to the assault might be filed against him, police said.