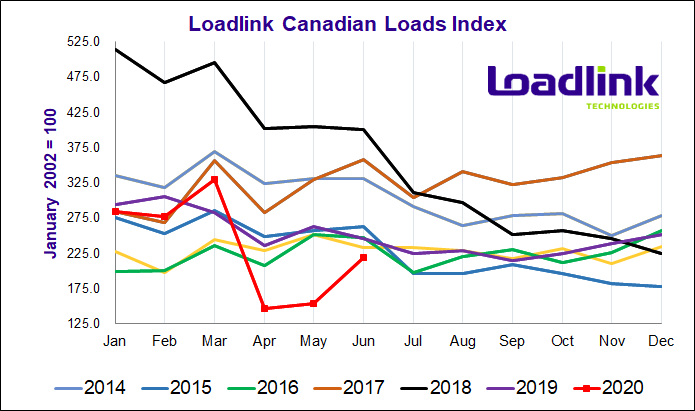 The surge in loads came as many Canadian regions entered Phase 2 of reopening their economies. Loads in the first two weeks of June were up 9% compared to the last two weeks in May, and the second half of the month saw loads increase another 10% compared to early June.

Average daily load volumes at the end of June were up 53% compared to early May. Both cross-border and domestic load volumes saw gains across all regions, Loadlink reported, led by Indiana-Ontario, Texas-Ontario, and Alberta-Manitoba lanes.

Early July, traditionally a slow time for freight with holidays in the U.S. and Canada, showed increased load postings. Several lanes stood out including Montana-Ontario (up 21%), New Jersey-Quebec (up 19%), Georgia-Quebec (up 13%) and Florida-Quebec (up 11%).

Bicyclist injured in crash with pickup in Bent County