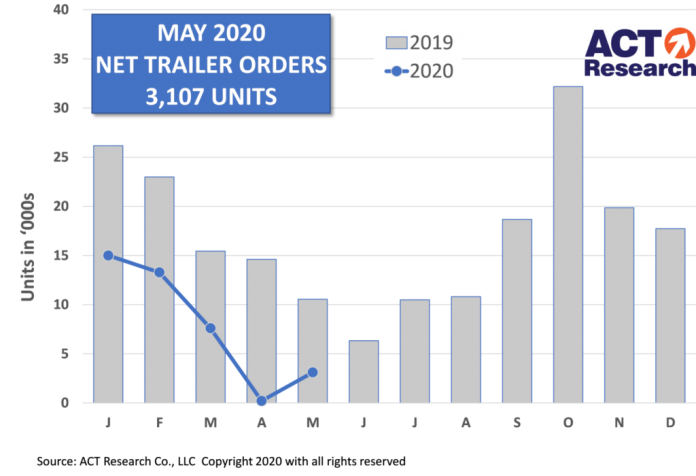 COLUMBUS, Ind. – May trailer orders improved from April, but were
still the second weakest month ever, reported ACT Research in its State of
the Industry: U.S. Trailer Report.

Net orders totaled 3,107 units. Before accounting for
cancellations, orders totaled 7,400 units, a 29% increase from April but net
orders were down 71% year-over-year.

“There is little incentive for fleets to invest in new equipment
right now. While there has been a general re-opening of the U.S. economy and
some post-quarantine consumer-generated surges have been reported, caution
continues to be the watchword. Significant apprehension is being expressed
about small-to-medium fleets, and the concern is that the PPP lifelines many
may have grasped will run out before a post-lockdown economy generates freight
at sufficient volumes and profitable rates, which will have serious
implications for both trailer OEMs and dealers.”