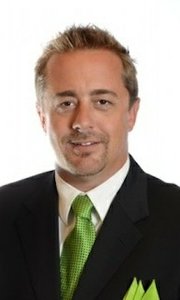 A Bahamian auto dealer yesterday said his parts section sold “25 percent of what we normally do in an entire month” on the economy’s first reopening day, which arrived “just in the nick of time”.

Ben Albury, Bahamas Bus and Truck’s general manager, told Tribune Business he had been rapidly approaching a position “where we would have had to make some hard decisions” to secure the dealership’s future just prior to the Prime Minister’s decision to relax COVID-19 lockdown restrictions.

Confirming that there had been significant “pent-up demand” stemming from the second lockdown, much as there had been when the first was eased, Ben Albury said technology was playing an increasing role in the auto industry as he “never laid eyes” on two of the three vehicle buyers his firm dealt with this week.

Speaking after the auto industry received the “unexpected” boost of being permitted to sell to customers in-store, the Bahamas Bus and Truck chief added that it was better to have “a piece of the pie rather than no pie” even though he acknowledged the initial demand wave was likely to taper-off with the tourism industry and other sectors still closed.

Nevertheless, voicing optimism that the domestic economy can “hold its own” until foreign exchange-earning sectors re-open, Ben Albury said: “The first day was fantastic. There was a lot of traffic, and a lot of sales in parts, vehicles and service. There was a lot of pent-up demand. It was the same thing that happened after we were closed for two months; the business was there, the demand was there.

“My parts department yesterday [Monday] did 25 percent of what they would normally do over an entire month. It was badly needed. Our cash position was really disrupted. We have fixed expenses, shipments coming in and salaries to pay but, of course, we were not getting any revenue replenishment.

“It was just in the nick of time,” he added of the re-opening. “I sympathise with many other businesses that have really had a rough time. The hotel workers, I cannot imagine what they are going through, but I am really grateful that we were able to re-open.

Ben Albury suggested that Dr Hubert Minnis’ decision to relax COVID-19 restrictions, and return the Bahamian domestic economy to its partially-opened pre-August state, showed the Government realised that lockdowns were an unsustainable strategy that threatened to ruin businesses and livelihoods beyond the point of no return.

“I believe the Government realises lockdowns are not sustainable,” he added. “It’s something that we’re all going to have to learn to co-exist with one way or another. We have to learn how to do so as safely as possible. I do not consider shutting down the economy to be the way of dealing with this.”

The Bahamas Bus and Truck general manager conceded that Tuesday’s activity had “tapered off a bit”, and said: “Who knows how long it will sustain, but a piece of the pie is better than no pie. We’ll do what we can to keep staff employed safely.

“The Centres for Disease Control and Prevention (CDC) and World Health Organisation (WHO) realise it’s not a means to an end by locking down….. This will help to build consumer confidence. Before the last closing there were a lot of people on the fence, and when you keep closing it creates a lot of concern for us about the state of the economy and where the Government is going. This brings a lot of confidence back to people that the economy is still going to move.”

Ben Albury said customers had continued to research products using What’s App, e-mail and other forms of electronic communication during the latest lockdown, thus enabling them to move quickly once restrictions were lifted.

“I sold two vehicles yesterday and never even saw the person,” he told this newspaper. “We communicated by What’s App. I sent the pictures, the pricing and the money was wired to our account and then the vehicle delivered. I never laid eyes on the person.

“You have to be creative. This is a forward-thinking world. These tools will be in place a long time, and we need to use them.”

Meanwhile, Fred Albury, the Bahamas Motor Dealers Association’s (BMDA) president, told Tribune Business that the industry had been placed on the same level as food stores and pharmacies after the Government allowed it to open to in-store customer sales.

“While we were not expecting that we are very thankful for it,” he said. “That’s a tremendous convenience for clients. This time of year, the sun is very hot, and to have people standing in the hot sun or rain…….”

Describing business volumes immediately following the economy’s re-opening as “hectic”, Fred Albury added: “Everybody’s getting back into the groove of doing what they’re supposed to be doing and following the protocols.

“Parts, we can allow so many people in at a time, and sales being what they are are not too much of a concern. Service, we tend to have people wait in their car and when it comes time to pay they come in one at a time. As a society, this is going to be with us for a while and we have to co-exist with it. If we don’t allow places to open up, people are going to starve to death out there.”

Arguing that the Government’s decision to re-open the economy was critical, the Auto Mall chief said: “Fortunately with the relaxing last time we were able to onboard some inventory. Our inventory has peaked and we don’t have much in the pipeline, so our outlay of funds will not be that much from now until the end of the year. If we’re able to sell a few vehicles, and keep service and parts going, that will keep the doors open.”

Winning lottery was such a headache | The Northern Daily Leader

A FREE food truck festival is happening in Toronto on Canada...

Vacant land off Annapolis in Wayne to become truck yard