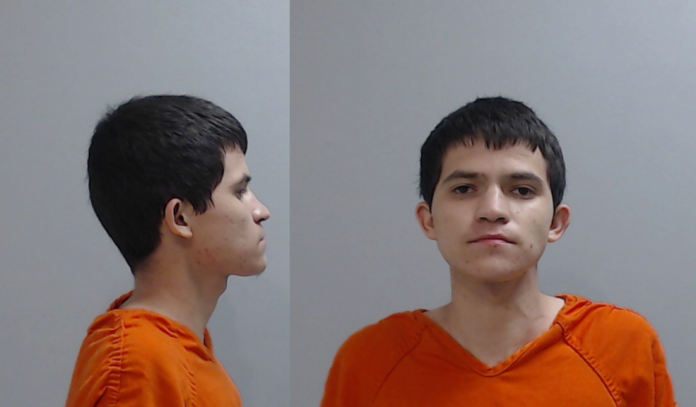 A 20-year-old Edinburg man remains jailed on $202,000 in bonds after Pharr police say he dragged his mother from a truck.

According to a probable cause affidavit, Guillermo Alfonso Leal’s mother had arrived at the Krystall Hotel at 1200 West Sam Houston to pick him up because he was having a disturbance with a woman.

An officer who was parked behind the hotel reported seeing the woman fall from the black 2008 Dodge Ram and conducted a traffic stop, the charging document stated. This came after a concerned citizen waved the officer down and reported the disturbance in front of the hotel.

“(The officer) observed the driver get out and run to the female who was on the ground bleeding,” an investigator wrote in the affidavit.

The woman had injuries to her head, arms and knees, according to police.

“The victim stated she arrived to pick up the defendant who was in a disturbance with another female,” the probable cause affidavit stated.

When she arrived, police say Leal got in the driver’s seat and started to drive off.

“The victim stated she was still on the seat when the Defendant drove off recklessly,” the charging document stated.

She fell off when Leal hit a curb, police say.

After the traffic stop, police say they detained Leal in handcuffs and put him in the back of a patrol vehicle.

The officer also reported that Leal had moved his handcuffs to his front area and the officer said they saw “a green leafy substance all over the Defendant’s legs and observed a clear baggy on the floorboard at his feet.”

Leal told the officer he had a bag of synthetic marijuana in his crotch area, which was recovered, according to police.

Leal is charged with aggravated assault with a motor vehicle and possession of a controlled substance.

‘Lucky to be alive’ wheel collides with northbound truck on Highway...