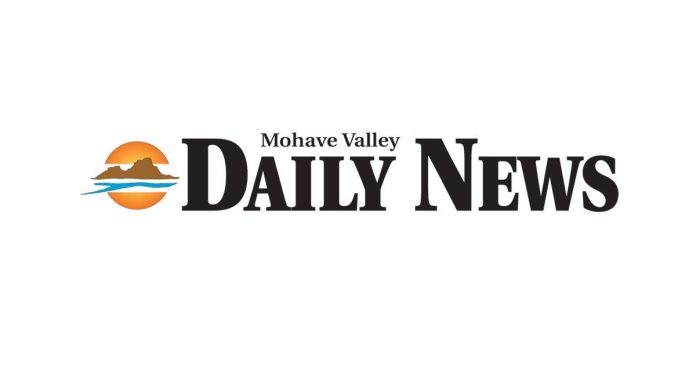 BULLHEAD CITY — An elderly Bullhead City man died Monday morning after he was struck by a work truck.

According to the Bullhead City Police Department, the 85-year-old man was struck around 8:45 a.m. in the 1700 block of Highway 95. Witnesses said the man, on foot, walked into the side of the oncoming crane truck as it was travelling south on Highway 95. The man was not in a crosswalk, reports indicated.

He was taken by ambulance to Western Arizona Regional Medical Center, then flown to University Medical Center in Las Vegas, where he was pronounced dead.

Police said he was identified as a Bullhead City resident, but the name won’t be released until after authorities are able to locate and identify his next of kin.

No other information was available Monday.