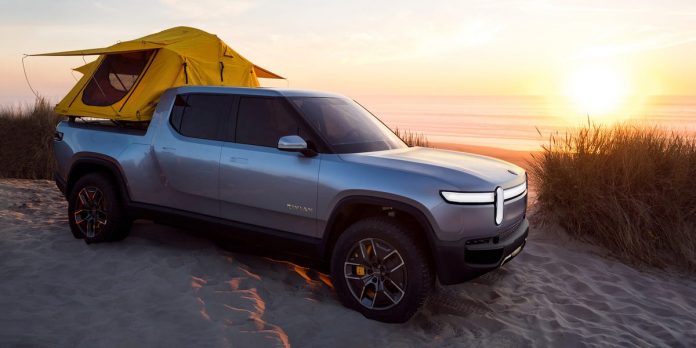 Over the past several years, a shift in full-size truck sales has subtly changed the calculus for both Detroit and Japan’s pickup purveyors. Volume buyers (fleets, contractors, and commercial customers) and those seeking a practical daily driver were joined by a steady rise in luxury truck customers.

In particular, buyers with a household net worth higher than $200,000 now make up a startling percentage of new truck owners. This demographic’s preference for pricey pickup models has swiftly become an important third profit pillar for nearly every brand. For some companies such as GMC with its Denali luxury line, the average price per vehicle now tops that of traditional German premium brands such as BMW and Mercedes-Benz.

Overall, pickups are a major revenue stream for automakers churning out hundreds of thousands of examples each and every year. As long as fuel prices remain within their current modest boundaries, that seems unlikely to change.

Naturally, the sheer dollar value of full-size sales has not gone unnoticed by high-tech entrepreneurs seeking a way to tap into the single biggest automotive segment in America. A new crop of contenders are about to enter the scene, and these upscale alternatives to existing luxo-truck options are poised to bypass both gas stations and the traditional entry-level pickup customer entirely.

It’s a lifestyle only some can afford

That the intersection of electric-vehicle drivetrains and pickup trucks should occur at the upper tier of the price spectrum comes as no surprise. Battery technology capable of handling the kind of towing and payload capacity that define much of the task-focused pickup market is still too expensive to deploy at the entry level. With driving range still limited to roughly 400 miles per charge for an unloaded vehicle, practicality and access to charging networks further complicate the sales pitch.

For luxury buyers, however, full-size trucks tend to trend toward lifestyle accessories more than bringing home the (pallet load of) bacon. With commuting, weekend short-distance towing, and the occasional Costco run serving as the average workload, it’s more logical for an EV builder to port over drivetrain technology that’s already proven itself in passenger cars and build a high-priced pickup design that better captures the tastes of conspicuous consumers than dowdy, overlooked sedans currently do.

With this philosophy guiding a brand, there’s no longer any need for rough-and-tumble truck trims bolstering the bottom line. Wealthy electric vehicle shoppers are often drawn from a pool that exists in parallel to the current automotive market. These are not pickup truck enthusiasts upgrading from F-150s and Silverados, but rather individuals who may never have previously considered owning a truck until a battery-powered option came along.

From a business perspective, focusing on premium customers also offers the chance to maximize profit while minimizing capital outlay. Keeping margins high allows for smaller scale automakers to maintain cash flow while moving a small number of vehicles, and boutique operations remain unconcerned by economies of scale as long as they can license their technology to larger companies as an additional revenue stream.

The two major players on the electric truck scene — Rivian and Bollinger — are each representative of the above philosophy.

The Rivian R1T promises between 200 and 400 miles of range on a full battery, is expected to deliver exceptional performance in a straight line (with 0 to 60 mph arriving in a scant three seconds, which is on par with a Porsche 911), and offers well-rounded off-road capability for those who’d like to brag about terrain their trucks will likely never see. All of that comes in an attractively styled package that starts at $69,000, a figure that’s a few thousand more than the base sticker on a top-tier Ford F-150 Platinum.

Bollinger’s B2, meanwhile, adopts a more basic, military-spec approach to both exterior and cabin design, but pushes even further into the price stratosphere with a $125,000 MSRP. That gets buyers similar power (although less range and towing capacity) to the R1T, but throws in a stronger off-road focus along with a configurable body design that improves practicality.

Even Tesla’s upcoming Cybertruck — announced to great fanfare in late 2019 — is predicted to follow the same path as the brand’s original Model S sedan in targeting well-heeled buyers attracted to the attitude of a pickup but not particularly in need of its brawn. Instead, the company promises “sports car” performance without any sacrifice in utility.

It seems likely that the first wave of electric pickups will stick exclusively to the luxury script. Although everyday EV trucks are on the way from major automakers like General Motors and Ford (which has invested millions into Rivian in exchange for access to its technology), it’s likely that there will be little crossover between the early-adopter crowd and the more loyal mainstream buyers who will tentatively step forward to support their preferred brand’s electric experiment — one which will be fully subsidized by gas-powered pickup sales.

The earliest electric trucks will be purchased and prized not so much for their capabilities, but rather for what they represent: a guilt-free way to live large with a platform that’s as plush as it is ponderous in urban traffic, and a shining green beacon to park in the driveway of the ski chalet one weekend out of 10 during the winter season.

Just as Tesla’s original electric roadster led not to a surge in affordable, battery-powered automobiles but rather an entirely new market segment for luxury EVs, so, too, may Rivian and Bollinger forge their own profit-soaked path.

Georgia transportation chief: Traffic in most areas back to normal

Fossicker’s Road closed between Manilla and Barraba at Red Hill after...

Pickup rollover at the railroad tracks, 10th and S Joplin –...