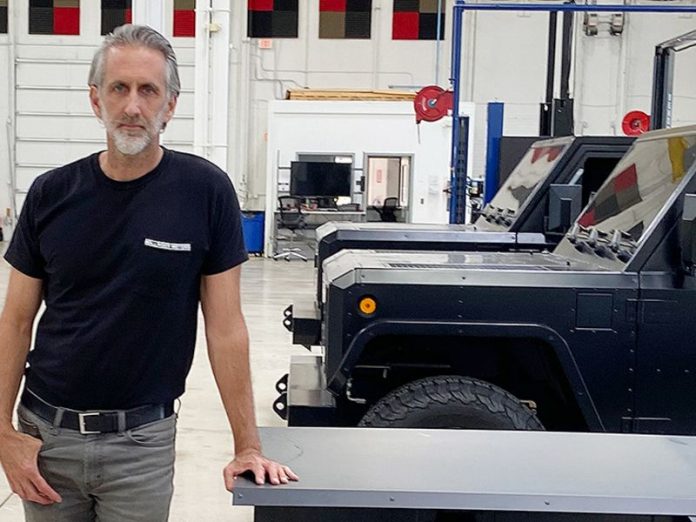 The company plans to be profitable from the start by keeping its vehicles expensive and exclusive, with production capped at 2,000 to 3,000 units per year, Bollinger said.

“We’ve been very honest in that we are going for low volumes and the price point [$125,000] is high,” Bollinger said last week during an impromptu tour of the company’s new facility. “I’d rather make hundreds to thousands of vehicles and succeed than say we are going to have to make 100,000 vehicles before we are profitable,” he said.

Still, the challenges remain significant, says Paul Wilbur, the former CEO of ASC Inc. who went on to run the first incarnation of Aptera Motors, a startup that planned to build a small, fuel-efficient three-wheeled hybrid city vehicle. The venture, unable to secure financing, folded in 2011.

Wilbur, speaking in general about EV startups, says the cash demands to make it to market with a high-quality vehicle — even at the low volumes Bollinger plans — are astronomical, and the odds are not good.

“It’s very hard, a nearly impossible task,” says Wilbur. “The scale and cost of getting anything going, even at small volumes, is so expensive, literally a billion-dollar proposition.” And that doesn’t include distribution, which adds further cost and complexities, he added.

Bollinger says he’s glad to see startup rivals such as Rivian, Nikola, Fisker, Workhorse and others getting a warmer reception from Wall Street and venture capital companies. That has helped expand the base of suppliers willing to work with a new, small company with limited financial resources.

Says Bollinger: “Things on the investment front are good. Everything keeps inching forward.”

Outriders is Shaping Up to be Mass Effect for the Next...