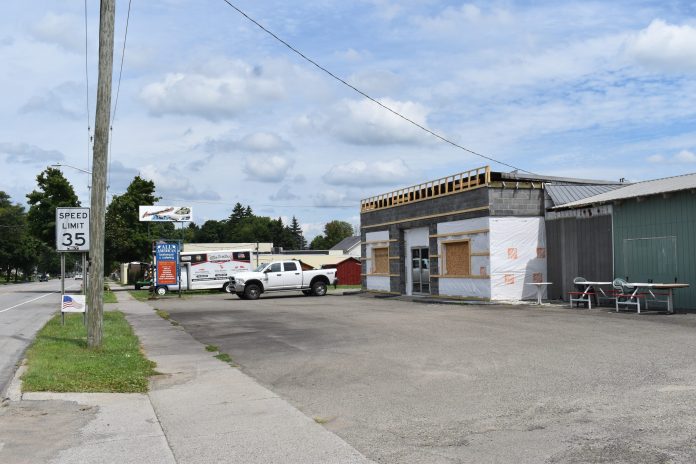 Elite Kreations will be opening a second location for its U-Haul rental business at 56 E. Main Street in Falconer.
P-J photo by JayYoung

The new building, which will be branded as Elite Kreations II, will start as a second location for the rental of U-Haul vehicles and moving equipment.

“I’m going to open up a secondary U-Haul location in Falconer,” Reedy said. “We’ll still be in Jamestown, we’re just going to open an additional location.”

Reedy said he had considered using the Falconer store as a FedEx location as well, but ultimately decided to begin with U-Haul equipment rentals only and perhaps expand in the future.

“We’re holding off on that right now just because I want to start rolling with U-hauls. Then once things take off then I’m thinking about offering the FedEx, tyring to see if they can join in with me,” Reedy said. “With it starting out I’d rather just have one employee instead of having two or three. It will be a U-Haul truck rental, U-Haul moving supply. It will be a moving company based out of there.”

The Falconer location was formerly the site of Immaculate Koncepts auto shop, and is in the process of renovations.

“We are doing a remodel on the building right now, then we are going to be opening up probably within the next four to six weeks,” Reedy said.

What Is LINE-X Coating