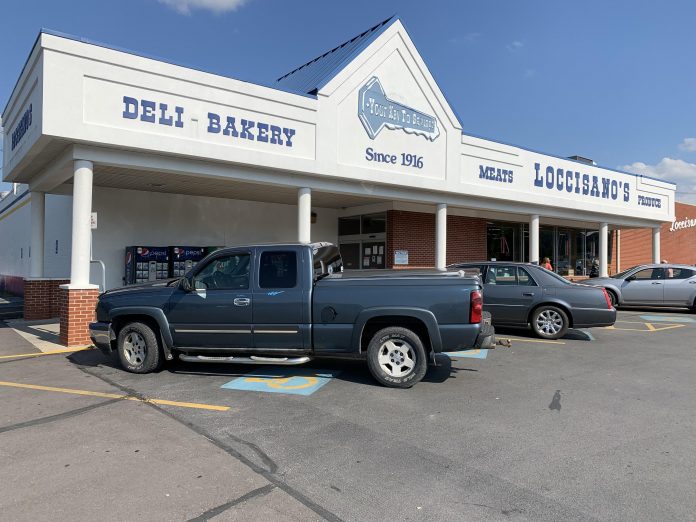 ELLWOOD CITY – The closing of Loccisano’s is the end of an era where family-owned grocery stores were in every neighborhood.

In 2016, Loccisano’s celebrated 100 years of business in Ellwood City. Beth Loccisano Lordi, co-owner of the store with her brother, Danny, the third-generation owners of the store, shared the history of the family. She said Danny’s daughters Jessica, Alexis and Rachel are the fourth generation.

Lordi’s grandfather, Guiseppe Nicola “Nick” Loccisano, was born Nov. 22, 1886, and her grandmother, Bettina, was born in July 1897 in Calabria, Italy.

Nick and Bettina ended up in Ellwood City which was known to them as “the last safe place on Earth” because at that time there was a flu epidemic that took the lives of many women, so the prospects of marriage were diminished.

“In those days, getting your female children married was paramount,” Lordi said. “A suggested marriage was posed by the families. The father of marriageable-age females would speak to the father of another family and create a match. Believe it or not, the female would have to agree. Bettina refused the first arrangement made for her and said she would like to marry Nick. The arrangement was made.”

They were married at St. Agatha’s Catholic Church in April 20, 1911, and set up housekeeping in Burnstown, which is between Ellwood City and Ellport, where Inmetco is currently located.

Nick went to work at the National Tube Co. and Bettina saw the opportunity to make a little money when she saw how many men walked past their house on their way to work in the mill. She displayed penny candy and tobacco in the front window of their house and eventually added fresh produce, and Loccisano’s was born.

To get fresh produce for their store, Nick would take his horse and buggy to the Short Line train station that was next to St. Agatha’s. He would take the Short Line to the Strip District in Pittsburgh and buy bananas, apples and oranges and bring home as many as he could handle on the train.

The business grew. In 1924, Nick bought a 1924 Reo truck and he would drive to Pittsburgh two or three times a week. This was no easy task as he still was working in the mill.

He would get up at 2 a.m., and since Interstate 79 did not exist, it was quite a chore to drive from Ellwood to Pittsburgh. Nick took Route 288, Ellwood-Zelienople Road, to Route 19 to McKnight Road to the 40th Street Bridge to get into the city.

He would travel the mile hill at Camp Run, which at that time was very steep. Coming home from Pittsburgh with his full load, he would unload half of his stock at the bottom of the hill so he could make it to the top of the hill. He would then unload the truck, drive back down the hill and load the other half onto the truck and then drive back up the hill to reload the first half. With a full truck, he would continue home.

They built a small store next to their home and operated it there for 10 years.

In 1926, they built the store at 4 Fountain Ave., the current location of T&M Hardware, and lived in the apartment above the store.

“There were six bedrooms, a kitchen, dining room and living room.” Lordi said. “When a baby was born, Dr. Gigliotti would check the babies to see they were alright, weigh them and register them. He received a $10 fee.”

In 1951, Nick retired and moved to California because a cousin told him the weather and land were a lot like Italy.

Nick’s son, Richard, 17 years old, drove his parents to California, found them an apartment and registered himself in school. He graduated from high school in California and in 1954 married Ginger Catroppa. In keeping with family heritage, the homemade soups and sauces in the freezer are Ginger’s recipes.

Then Richard’s brothers in Ellwood City invited him back to the borough to help with the business and he returned. Lordi and her brother, Danny, were born in Ellwood City.

In 1960, the family opened a store in Chippewa Township, and in 1962 the one on Lawrence Avenue in Ellwood City. In 1970, they consolidated all three stores and built at the current location, 234 Pittsburgh Circle. They would expand the store in 1990 and again in 1999.