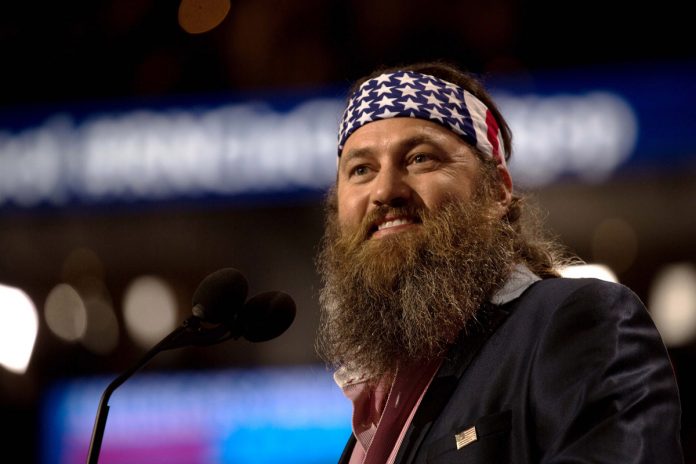 The Louisiana estate of “Duck Dynasty” star Willie Robertson was fired at in a drive-by shooting Friday — with one bullet piercing a bedroom window, a report said.

Nobody was injured in the shooting, where up to 10 shots were fired at Robertson’s home from a suspected pickup truck on a road outside of the West Monroe property, according to the Monroe-News Star.

“We were pretty shook up,” Robertson, who had just left to go to the store before the 2:30 p.m. shooting, told the USA Today Network on Sunday.

“It looks like they were just spraying bullets across my property. Nobody was outside at the time, but everybody had been out about 5 minutes before,” Robertson said.

The home that was struck is being occupied by Robertson’s son, his wife and the couple’s infant child.

Officers from the Ouachita Parish Sheriff’s Office are investigating the shooting, the report said. As of Sunday night, no arrests had been made.

Witnesses reported the truck, believed to be a Ford F-250, was driven by a white man in his teens or early 20s, the report said. There were also passengers inside the vehicle, the witnesses said.

Robertson said he believes those responsible knew he resides on the property they fired at.