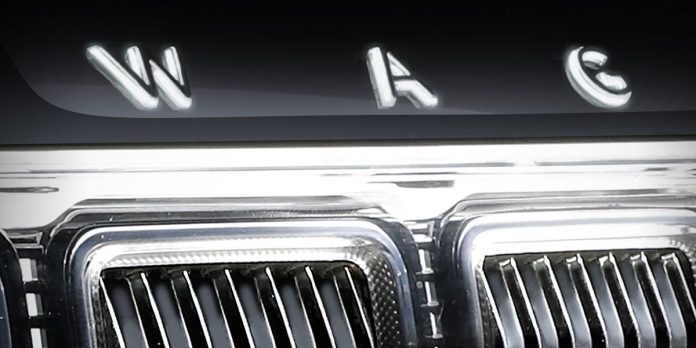 After years of saying very little about its new Wagoneer and Grand Wagoneer, Jeep has released a blast of teasers ahead of the debut of the full-size SUVs. Like their storied predecessors, the new SUVs should serve as Jeep’s flagship model. We don’t know everything about the new machines yet, but here’s a roundup of what we have heard so far.

Jeep will reveal the Grand Wagoneer “concept,” as well as the production-ready Wrangler 4xe plug-in hybrid, at an event on Thursday Sept. 3 at 9 AM EDT. Jeep will broadcast the event on Facebook Live and YouTube.

The Grand Wagoneer will likely be Ram 1500-based

The Wagoneer and Grand Wagoneer are almost certainly going to run on the Ram 1500’s body-on-frame truck platform — which should portend great things, considering how good that truck is. It’s a good bet the SUVs will start with the Ram’s 3.6-liter V6 and 5.7-liter HEMI V8 engine options. Reports indicate that there will be an eventual plug-in hybrid 4xe version.

This Jeep should be fancy as f__k

Jeep is teasing the new SUV as the “shape of premium.” Teasers have hinted at some sumptuous high-end interior finishes and a retro-style chrome grille. Reports have even suggested the Grand Wagoneer will feature some Level 3 autonomous driving tech, as well. Even far less expensive Jeeps earn high marks on interior finishes and tech, so we can expect this to be one luxurious SUV.

And it should be expensive

We don’t have the actual pricing yet, but the Grand Wagoneer should take Jeep far more upmarket than it has been. Reports have suggested the full-bore version will cost more than $100,000, so expect the new SUVs to wind up competing with everything from the Chevy Tahoe and Suburban to the Cadillac Escalade, Lincoln Navigator and the Toyota Land Cruiser.

The roof may feature a map of Detroit

Jeep teased an image that showed a map of Detroit overlaid on the panoramic roof. It’s actually a cross section of metro Detroit starting from downtown north into the suburbs to encompass FCA’s Warren Truck Plant where the Grand Wagoneer will be built. But non-Michiganders won’t get bogged down in that technicality.

It’s a cool detail, though since this Grand Wagoneer is a “concept,” it’s not yet clear whether you’ll be able to spec that on a production vehicle.

The Wagoneer should arrive at dealerships by summer 2021

FCA’s Q2 2020 PowerPoint presentation listed the Wagoneer/Grand Wagoneer as starting production in Q2 2021, so they should start showing up at dealers a bit later than that.