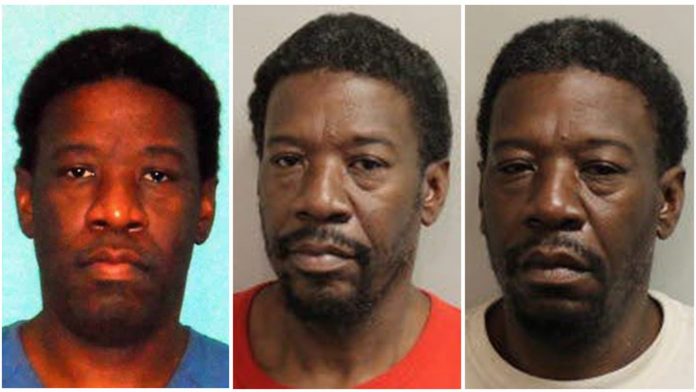 The woman thought her young son was sleepwalking when she heard the front door of her West Palm Beach house creek open a little before midnight.

Roused from sleep, she went to investigate downstairs but found her son still asleep on the couch. She went to the kitchen, where a light was on, and found her ex-boyfriend, Aaron Glee Jr., rifling through a suitcase.

“Just looking,” he told her.

Glee, who didn’t have a key to the house or permission to be inside, turned confrontational during the surprise encounter.

“She became scared,” police noted in their reports. He left, at her insistence. But after waking her son and ushering him upstairs to the safety of his bedroom, she spotted Glee outside the window, still lingering by the front door.

Glee disappeared into the darkness that night, a couple of weeks before Christmas 2010. His ex-girlfriend had no idea how close she’d come to a monster in the making, a man who would confess a decade later to the heinous murders of two Tallahassee women.

Aaron Glee Jr., the suspect in the deaths of Oluwatoyin Salau, 19, and Victoria Sims, 75, was a squatter in this house on Monday Road, where the Tallahassee Police Department spent time investigating Sunday, June 14, 2020. (Photo: Tori Lynn Schneider/Tallahassee Democrat)

A search of the property and nearby woods turned up the bodies of Sims, 75, and Oluwatoyin Salau, 19, a local student and Black Lives Matter protester who’d been missing about a week.

The bodies of Oluwatoyin Salau, 19, and Victoria Sims, 75, were found Saturday on Monday Road in Tallahassee. (Photo: Special to the Democrat)

Glee, 49, managed to slip out of town before officers arrived, fleeing on a Greyhound bus with blood stains still on his pants. Police caught up with him at a bus station in Orlando, arresting him on murder, kidnapping and sexual assault charges.

His arrest — the culmination of quick police work the night the bodies were found — put an end to his killing.

But experts said Glee, who has a long history of violence against women and soured relationships with girlfriends and wives, may not have stopped otherwise.

“Glee would have killed again if given the chance and most likely intended to acquire additional victims,” said Enzo Yaksic, a renowned serial killer scholar and founder of the Boston-based Atypical Homicide Research Group.

Yaksic said Glee demonstrated many of the same behaviors of serial killers, including binding his victims and letting at least one of them die slowly by asphyxiation.

“That his assaults occurred over three decades and his victims were usually female shows that Glee’s hatred toward women, a hallmark of serial homicide, manifested gradually until it culminated in the deaths of Salau and Sims — two women who refused to comply with his demands,” he said.

Jeffrey Rinek, a retired FBI agent and criminal profiler who worked numerous serial murders, said Glee could have cooled off and returned to normal life after the first murder. But he struck again, demonstrating an intent to keep killing.

A troubled family life and history

Glee, who grew up in West Palm Beach, started getting into trouble at a young age. His run-ins with police followed a tough childhood — when he was 3 years old, his young father and uncle died after their car crashed into a palm tree.

He got arrested for the first time in 1989, just before his 18th birthday, and quickly graduated to more serious crimes: armed robbery, grand theft auto and drug offenses. In all, his rap sheet shows more than three dozen arrests, numerous stays in county lock-up and six prison stints totaling about seven years.

Glee started a family in the mid-1990s. But after only two years of marriage, he abandoned his wife and four kids, she alleged in divorce filings.

Circuit Judge Jorge Labarga, now a Florida Supreme Court justice, signed the divorce order, giving full custody of the kids to their mom and no visitation for Glee. Two more marriages also ended in divorce, each within a year.

“According to the wife, he has always held minimum wage type work and has never held a steady job,” Labarga wrote. “His whereabouts are unknown.”

The woman who found Glee in her kitchen told police they dated for a few months but she ended it “because of (his) drinking problem.” After Glee left that night, she looked through the suitcase and realized he stole her son’s electronic gear and his $7 allowance.

He assaulted his sister-in-law in the middle of the road on the Fourth of July in 2012 and got into a fight with a different woman the next day. Police found powder cocaine and a crack-laced cigarette inside a stolen truck Glee was driving.

“Glee stated that he smokes weed and that he sells drugs on the side to supplement his income,” the police report said.

In 2013, he threw a brick through another ex-girlfriend’s window. Her mom saw him run away in dark clothes and fatigues.

“(The girlfriend) stated she broke up with Aaron earlier in the day,” police reports said.

Rejection may have sparked killing

He moved to Tallahassee at some point, landing on law enforcement’s radar last year after police spotted him with cocaine and marijuana outside a Holton Street business. He snorted the coke before officers could get to him, according to police reports.

Glee told police he was trying to “pick girls up.” He was cited for misdemeanor possession, but the charge was later dropped.

In the days leading up to the murders, he had back-to-back run-ins with police. He was cited for battery May 28 after fighting with another man at a bus stop.

He was arrested the next day for aggravated assault after shoving a woman to the ground and kicking her repeatedly. The victim told police he flew into a rage after she declined a sexual overture.

He bonded out of jail on June 1. Five days later, he happened to meet Salau after she stepped off a StarMetro bus on Apalachee Parkway.

More: After ‘incomplete’ risk review, suspect got out of jail before murders of Salau and Sims

He coaxed her back to his house after she confided she had been sexually assaulted earlier in the day and had nowhere to go. He called Sims, a retired state worker and volunteer who’d delivered meals to him before, to take them there.

Glee, in a confession to police, said he overpowered Salau after she rejected his advances. He kept her tied up and a prisoner in his house for days, raping her repeatedly before deciding to kill her.

Yaksic said throughout life, Glee appeared hyper-focused on securing sex partners. When Salau resisted, he resorted to kidnapping and rape.

“It could very well be that her resistance to his advances is what triggered him to respond with violence,” he said. “His second victim was collateral damage given that she had information linking him to the first homicide.”

‘The easiest pathway to murder’

Yaksic said it’s unlikely Glee killed before given his missteps that led to his capture. He didn’t have a vehicle or viable escape plan and picked a victim in Sims who could be linked to him easily. He also left behind a wealth of evidence at the scene.

“Serial murderers spend an immense amount of time in a state of what we call homicidal ideation or fantasy,” Yaksic said. “It can take a number of years to work up the courage to kill and even longer to convince themselves they can escape apprehension.”

He said Glee may have grown impatient waiting for the perfect victim or circumstances to strike.

Jeffrey Rinek, a retired FBI agent a certified criminal profiler who got serial killer Cary Stayner to confess in 1999 to the murders of four people around Yosemite National Park. Rinek, who also worked on the Unabomber case, is the author of “In the Name of the Children,” a book about his work on child murder cases and the toll it took on him and his family. (Photo: Frederic Larson, San Francisco Chronicle / Polari)

“They can be lazy and take the easiest pathway to murder,” Yaksic said. “The tension that builds in them becomes all consuming and is sometimes released at the first opportunity.”

Rinek said investigators won’t know for sure whether Glee was a nascent serial killer until after a thorough interview of the suspect and investigation.

“They need to look at the rest of his life with a magnifying glass,” he said. “There could be other victims out there that he didn’t kill … that represent the entire continuum from simple assault to rape and murder.”

Yaksic said two-victim serial killers are just as dangerous as those with higher death counts, though they’re often ignored by scholars. He said it’s important for researchers to study them and the public to be aware of them.

“Discounting them and not studying their behavior patterns may lead to opportunities for future two-victim killers to accrue more victims,” he said. “The Glee case is evidence of how vitally important it is for potential victims of serial killers to remain vigilant.”

Never miss a story: Subscribe to the Tallahassee Democrat.

I die every day on such a long journey home :...

How China Is Doing It And Why The Country’s Measures Should...