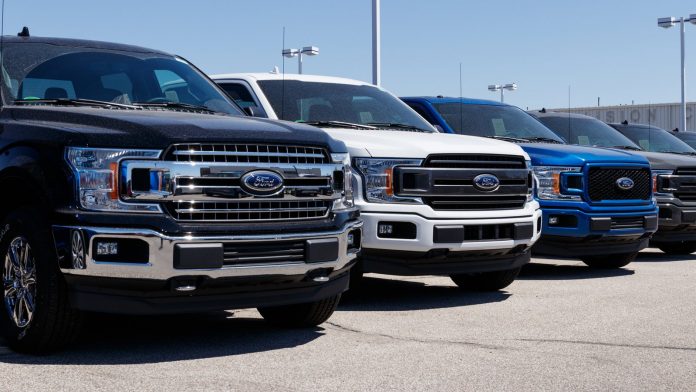 What once was the joke of the major auto manufacturer is now the monster on Wall Street. Tesla (NASDAQ:TSLA) was the target of the comedy among the experts, and now the company market capitalization is more than four times that of Ford (NYSE:F) and General Motors (NYSE:GM) combined. F stock specifically has been pitiful, but I think this is about to change.

Today we discuss the opportunity of owning it into 2021, as the upside potential definitely outweighs the downside risk. That is the byproduct of being a laggard for so long that it runs out of incremental sellers.

Ford stock has already disappointed the maximum number of people. Therefore there are probably more buyers than sellers.

The thesis is simple. Ford has proven over its 115 years that it can survive adversity and thrive thereafter. Going through tough times is normal part of existing for this long. Case in point — just last year consensus was that Tesla was going to run out of money and here they are with the best balance sheet of the U.S. auto makers.

It all starts with good leadership, and F stock’s problems mostly stem from a mediocre team. This is not an insult to the people, but rather the decisions from the top. There has been nothing exciting from that company for so long that it is a miracle that they still have fans on Main Street.

But recently, there is news that could be the light at the end of the tunnel.

The Bucking Bronco is Back

After a quarter of a century, Ford is bringing back the Bronco. My family is full of car buffs, and they all are big fans of it even though officially we are strictly GM truck owners. It is the nostalgia mixed with the special sauce that makes the Bronco unique. While this is the emotional reason behind my excitement today, the Wall Street spin on it is that this is a new direction that could put life into F stock. 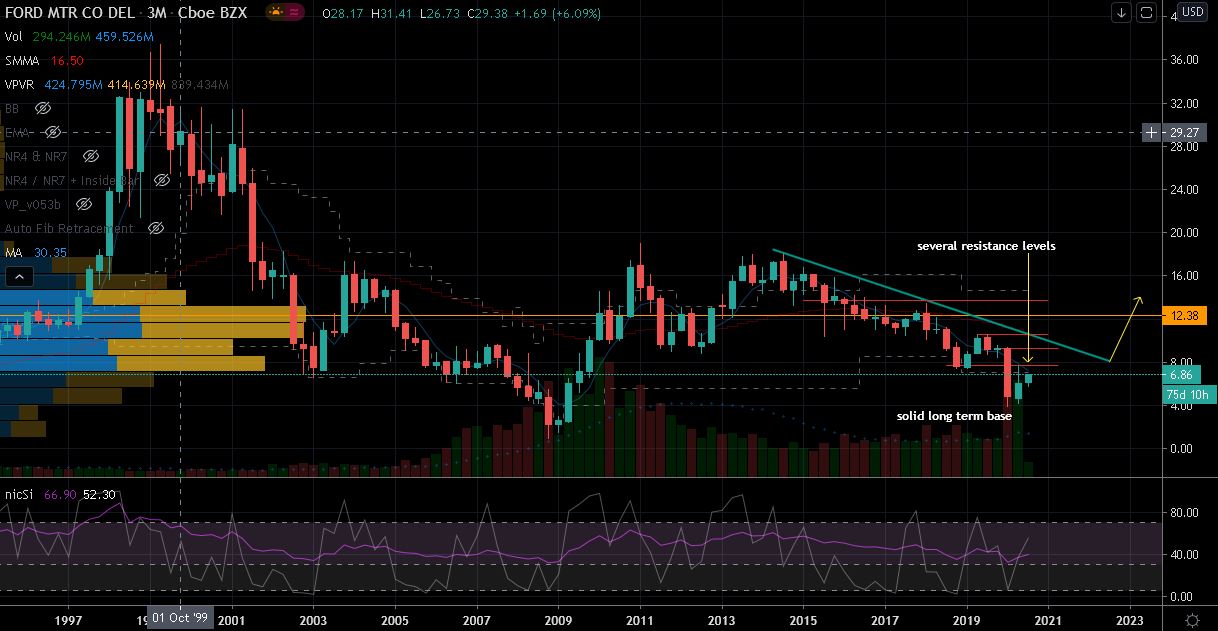 The chart has been so bad for so long that the smallest breakout could launch a storm of buying. The passion from the cars is infectious and should carry into the stock especially since the entry cost is low. This does not always mean that it is cheap, but in this case it is. Ford stock price is under 0.2 times its full year sales. Compare this to GM at about 0.3 and Tesla at 10.7.

Some would say it is not a fair comparison because they say that Tesla is not a car company. That may become true in the future but for now, from a revenue perspective it is indeed a car company.

Timing to go long would have been perfect just a few days ago, because it just rallied 20% off the $5.70 base. This was a prior pivot and it did its job providing the bulls the platform they need to rally. The rally is not over though, because that is how stocks mount sustainable moves. The bulls have to tackle the ledges that they tried to defend on the way down because on the way back up they are resistance.

Owning F stock here for the long term has more upside potential than downside risk. However, it is also important that there is extrinsic risk from the stock market in general which can impact the progress. Stocks are too high given all the problems that we still have from the virus crisis. Still, in the end, this too shall pass  and things will go back to normal.

It does make sense to take the position in tranches to leave room to manage the risk. Options traders can even get long now for free.

The strategy there is two-pronged. Step one is to buy March 2021 $7 call. Step two is to sell the March $6 put. The net effect is a near-zero cost and the investor would be then long the stock if it fall below it, and long at $7 if the rally continues and is sustainable. There would be virtually no damage if it fizzles because the stock has a strong base for the long term recovery opportunity.

Nicolas Chahine is the managing director of SellSpreads.com. As of this writing, he did not hold a position in any of the aforementioned securities.

The benefits of connectivity – Truck News