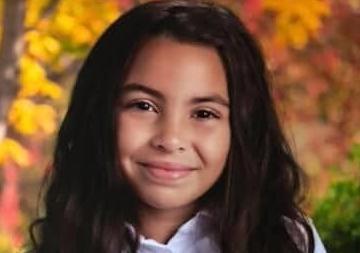 The family of Arianna Lopez, the 8-year-old girl critically injured when a suspected drunken driver crashed into her family’s home, is providing regular updates on her condition in a San Antonio hospital.

In a Facebook post, Raven Lopez, Arianna’s mother, said: “I can’t wait till you’re back home doing silly dances with your sister again! Lol, always making us laugh. You make me smile so much!! I have these memories till we can create more my darling. Get well soon!!”

Raven Lopez’s fiance, Cody Wood, posted initially that Arianna was in a pediatric intensive care unit, and described Thursday night as the most difficult of their lives. On Sunday he shared a video of Arianna.

Late Thursday night, Kerrville police said that Isaac Barboza Jr., 23 and a Kerrville firefighter, was driving drunk when he lost control of his Ford F-250 pickup truck heading east on Leland Street and crashed into the home where Lopez was sleeping. Lopez was pinned under the truck and was freed by firefighters, police officers and an off-duty Kerr County Sheriff’s Office jailer.

The family’s social media posts have been seen by thousands of people.

Barboza is being held in Kerr County Jail and was being held on bonds totaling $67,000, according to jail records. He also is being accused of unlawfully carrying a weapon, a misdemeanor.

Some local businesses push ahead with new development

Electric Trucks Could Prove Pivotal In EV Survival Through Downturn