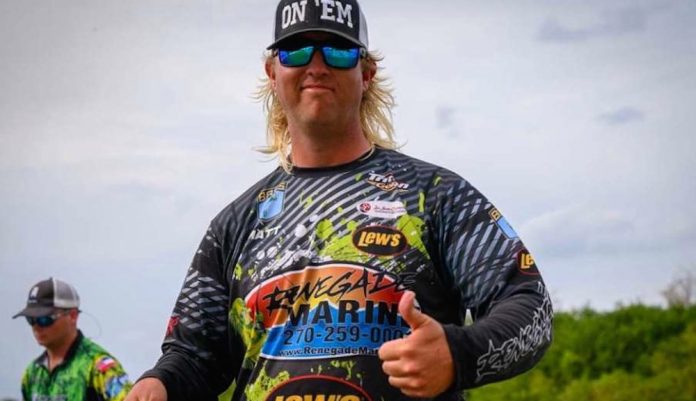 A pro bass angler from Kentucky was robbed of more than $15,000 worth of gear after arriving in Texas for a weekend tournament. But Matt Robertson still competed after receiving an overwhelming show of support.

Robertson, 34, arrived in Jasper last week in advance of the Bassmaster Central Open on Sam Rayburn Reservoir. His truck was picked clean, however, during his wife’s visit to a nearby Walmart.

In the truck was 20 years worth of gear, including a trolling motor and a vast lure collection.

“Fishing for a living is something I’ve been working at since I was 11 and for somebody to… you know, almost take your livelihood from you, it feels like, it’s pretty detrimental,” Robertson told WAVE3News before the start of the tournament.

Some of the gear before it was stolen. Photo: Matt Robertson

The angler had earned only $15,811 in eight career appearances on the Bassmaster circuit, and saw in the Central Open an opportunity to boost his standing. However, after the theft he felt compelled to return home.

“I had everything in big totes, including all my tools — jack, tire iron, anything I might need in case of an emergency,” Robertson told Bassmaster. “They unloaded everything, and they left my spare tire.”

But as news of the theft spread via social media, offers of support poured his way.

“I’ve had people offer to send me money through Venmo, PayPal, but I don’t take a free hand-out from anybody,” Robertson added. “I’m a regular, hard-working guy just like the next, and I know how hard everybody works for their money. My conscience won’t let me take anything from anybody.”

However, Robertson reluctantly accepted a tackle-store gift card from a fellow pro who was not scheduled to fish the Open. He bought just enough gear to fish the three-day tournament.

He finished 87th and out of the money – Masayuki Matsushita earned $50,183 for his victory – but left with his faith in mankind restored. 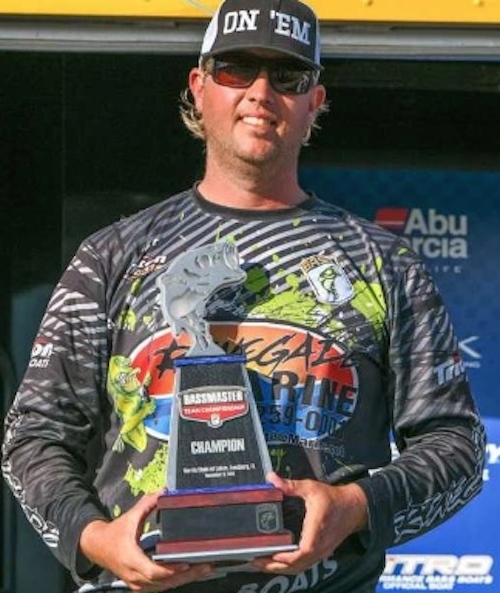 “There hasn’t been a person I’ve run into that didn’t offer ‘anything you need out of my boat — rods, reels, tackle — you just let me know, and it’s yours,’ ” Robertson said. “I thank every single person who’s reached out to me, helped get the word out and the countless people who have sent me pictures of tackle asking if its mine.”

Robertson’s wife had dropped him off at the lake with his boat before visiting the Walmart in Lufkin. Police are investigating and Robertson on Tuesday told For The Win Outdoors that they’re focusing on an older-model white Chevy Tahoe that was caught on security video during the theft.

Robertson was scheduled to meet with an insurance adjuster Wednesday.