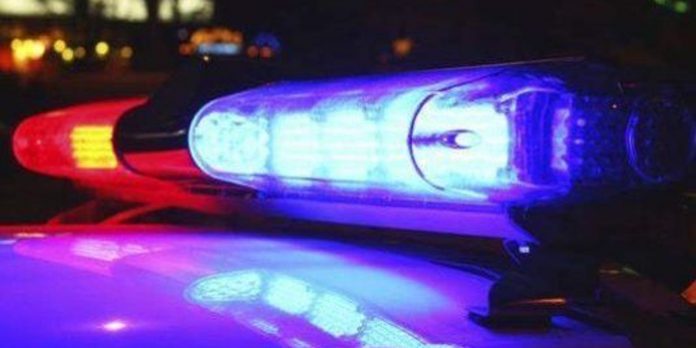 FATAL CRASH: A 20-year-old Quincy man, Preston Sarles, died Tuesday in a single-vehicle crash. Michigan State Police at Marshall reported the crash at 8:30 pm. on North Ray-Quincy Road. Troopers said Sarles was northbound and lost control while passing another vehicle. His vehicle hit a pole and he was pronounced dead at the scene. Excessive speed is considered a factor in the crash, which remains under investigation. The Quincy fire department assisted at the scene.

STOLEN PICK-UP: Battle Creek police arrested a 20-year-old man after officers said he stole a pickup truck. Police were called at 6:16 a.m. Monday by the owner of the truck, a Michigan City man, 40. He told police he was staying at the Red Roof Inn, 5050 Beckley Road and when he woke up his truck was gone. Police saw the 1996 Chevrolet on Capital Avenue Southwest and stopped it on Meadow Drive and arrested the driver. He told officers he had been sleeping in the truck and that the owner loaned it to him. Police said the man found a key in the truck and drove away. Police said the man had been lingering around the motel and been told by employees to leave several times.

STOLEN CAR: Battle Creek police arrested a 15-year-old boy on a charge of receiving and concealing stolen property after he was found asleep in a car in the 400 block of Eldred Street at 8:50 a.m. Monday. The owner of the car, a 44-year-old woman from Kalamazoo, had reported the car stolen and police said it was her son they arrested. She told officers she wanted to pursue charges of auto theft.

HOME INVASION: Battle Creek police are seeking an arrest warrant for a 58-year-old Fort Wayne, Indiana man after his wife said he entered her home, damaged property and stole items in the 500 block of West Hamblin Avenue. The woman reported the break-in at 10:06 a.m. Friday and said the man had been harassing her.

KNIFE FIGHT: Battle Creek police are seeking a warrant for felonious assault for a woman, 22, of Battle Creek, after another woman, 20, said she was stabbed during a fight. The victim arrived at Bronson Battle Creek hospital at 1:22 a.m. Sunday with three stab wounds on her left side. She told police the two women had been fighting about a man for six months. The victim said she was going to fight with the other woman but didn’t know she had a knife.

FIGHT: A warrant for assault is being sought by Battle Creek police for a woman, 29, after another woman, 20, said she was assaulted in the 200 block of Taft Court at 1058 p.m. Friday. The victim said the woman and three men she could not identify grabbed her and took her to the floor as she was going to visit her sister. The victim said the women have been arguing about car pooling issues.

BIRTHDAY FIGHT: Battle Creek police arrested one woman and are seeking warrants for two more after a fight in the 200 block of Parkway Drive at 8:03 p.m. Friday. Police said one of the women, 26, went to the party for the sister of her child’s father. Others at the party said they didn’t want the woman at the party and there was a fight.

CAR RAMMING: Battle Creek police arrested one man, 22, after officers said he used his car to ram another vehicle in the 100 block of South 23rd Street at 5:21 a.m. Sunday. The man said the problems began earlier on Kelley Avenue when a woman hit his car. Police said a witness told them the man drove up and rammed the woman’s car at least twice and then, chugged a beer, threw the bottle at the residence and then kicked in the door, grabbing the woman and dragging her from the apartment while continuing to punch her.

• A warrant is being sought for a man, 27, after his girlfriend, 24, said she was assaulted in the first block of Maryland Drive at 1:38 p.m. Monday.

DRUGS: Battle Creek police arrested two men, 30 and 33, after they were stopped in the 4900 block of Beckley Road at 2:26 a.m. Tuesday and officers said they had methamphetamine.

8 Reasons Why The Ford Ranger Is The Best Midsize Truck...