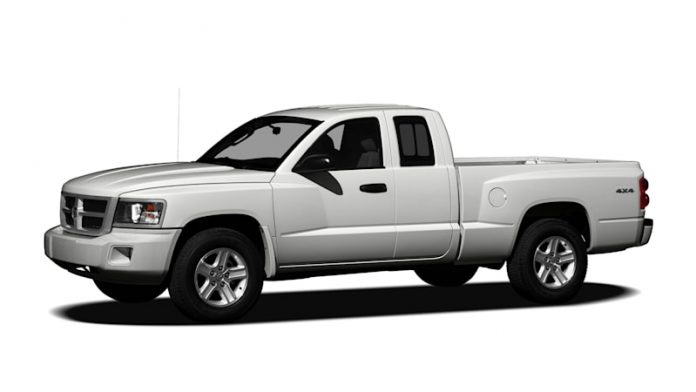 People want Ram to get back in the midsize truck game, that much is clear. Over the weekend, a Dakota forum glommed onto the fact that Fiat Chrysler applied to trademark the term “Dakota” on April 2, 2020. The klaxons sounded and everybody jumped to, the most popular inference being that Ram still has the resurrection of its former midsize pickup on its mind. It’s possible Ram is working on a new pickup to compete in a now-healthy segment. We’re not sure this trademark application has anything to do with the pickup, though. The goods and services category indicates Ram wants the name for “Parts for vehicles, namely, automotive exterior decorative trim.” And that definition doesn’t reserve the name for use on a truck.

There are more goods and services than there are appealing words in the English language for naming those goods and services. Who wants to christen their product “Fungible?” Actually, we stand corrected, that trademark is taken as of last year, but you get the point. The inevitable name duplication is why the U.S. Patent and Trademark Office has an Acceptable Identification of Goods and Services Manual laying out an enormous number of detailed classifications. A search for the word “vehicle” returns 1,032 records, from “Thrusters for vehicles” to “Steps for attachment to land vehicles” and “Ramjet engines, not for land vehicles.” There are 14 descriptions for “Motor vehicles,” every one of those different from the two kinds of “Motorized vehicles” and four different “Land vehicles.” All of which is to say, if FCA wanted to trademark the Dakota name for a (motor or land vehicle) pickup truck, it had all kinds of ways to do it.

But it didn’t. It requested “parts for vehicles.” This could be because the Dakota trademark for a vehicle is already live and has been for decades. First requested in 1987, it was registered to be used on “Trucks, [vans and truck-like utility vehicles].” FCA renewed the mark in 2009. This could also be because Mopar store sells parts and accessories for the Dakota, and we couldn’t find any record of the Dakota trademark covering aftermarket goods.

Frankly, it is probably more relevant to us that FCA has registered the Portal name three times now, first in 2016 as a motor vehicle passenger car, then in 2017 as a concept motor vehicle, then again last month as a land vehicle passenger car. The Portal, remember, was a 2017 concept minivan-ish thing “created by millennials for millennials” that, in 2018, was reportedly on the way as a replacement for the Chrysler 300.

Ram could still be working on the Dakota that’s been rumored to use a reworked Gladiator platform, be built at the Toledo Assembly Complex with other Jeeps, and start around $25,000. FCA’s five-year-plan from 2018 to 2022 even included a midsize pickup. But as of last May, FCA CEO Mike Manley was still saying, “Being able to find a cost-effective platform in a region where we can build it with low cost and it still being applicable in the market is what they’re struggling with at the moment. I want that problem solved, frankly, because it’s a clear hole in our portfolio.” That’s a good omen for the chances of a Dakota. But it’s a long way from a Dakota.