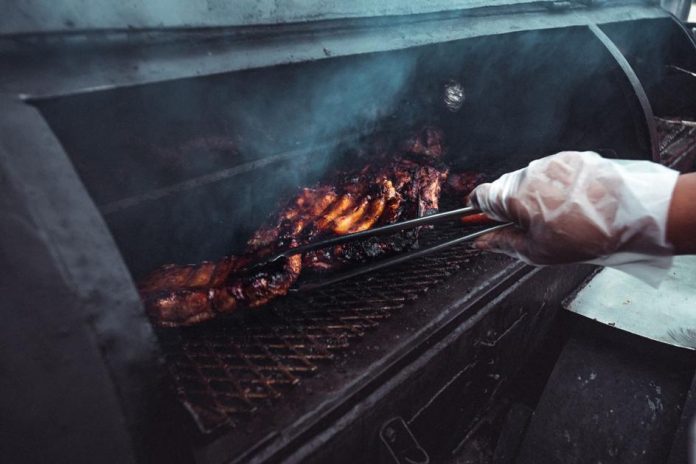 About four weeks ago, Claudette Roberts started bringing her truck from Kokomo to the 2500 block of E. Market St., between Big Lots and O’Reilly Auto Parts.

From 11 a.m. to 7 p.m. on Fridays, Saturdays and Sundays (depending on weather and catering engagements), she offers ribs, rib tips, half chicken, Italian beef, pork loin sandwiches, walking tacos and other fare.

She makes it by hand, and even when she works with something premade, like the sauce, she puts her touches in it.

“I buy it from the store and just jack it up a bit,” she said.

Roberts is the second generation doing the barbecue truck. Her mother started one in 1980, and in 1989 Roberts started her own.

“It was a little smaller — a lot smaller,” Roberts said.

The pit she uses to smoke her meat was built by her father, J.D. McClane about 35 years ago.

Her daughter, Theresa Young, now helps her, and Young’s children are also there learning. It’s a summer business that doesn’t have a brick-and-mortar store.

In Kokomo, Claudjada’s had competition in the food trucks.

The ribs, which are her specialty, are popular, she said.

Young said that most of their business comes from people seeing them from the road and stopping by.

Business is going well, she said.

Roberts said they started mostly with daytime customers, but that is changing.

“Lunch is popular, but the dinner’s getting better,” she said.

Jeff Savage and his 9-year-old daughter Nicole Savage stopped by two Fridays ago.

He grew up on barbecue, which Claudjada’s reminds him of.

He recommends the truck and thinks people should break out of their eating habits to come try the barbecue.

Roberts said her sponsors have allowed her to keep her business going. They are David Ixva and Glen White, and thanks to them, she can pursue the business and the life she leads.

The family doesn’t plan on having another truck, but “Maybe the kids will change that,” Young said. “I hope my kids will pick up the baton and keep going.”

The impact of long-term truck parking on commercial trucks