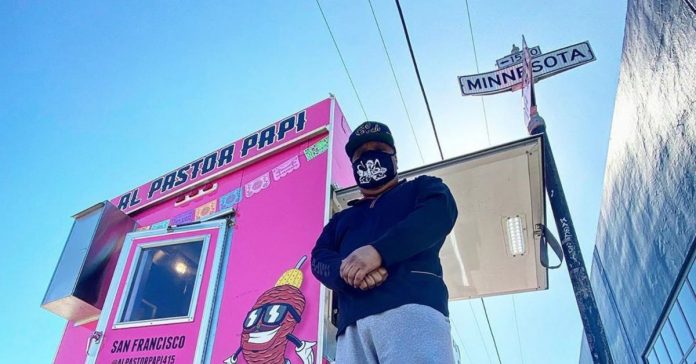 After almost three months away, Off The Grid returns to Fort Mason Monday

Prior to the coronavirus crisis, food experience company Off The Grid hosted one of San Francisco’s biggest outdoor dining events — a weekly, Monday night gathering of about 30 vendors and food trucks that typically fed thousands of diners. You can see why the company shut that event down in early March, as the pandemic began (and gatherings ceased) across the Bay Area. Now, as the city begins to reopen for business, so will Off The Grid Fort Mason, just at a far smaller scale.

According to the SF Chronicle, Off The Grid’s new Monday event will be called the “Fort Mason Center Food Spot.” It kicks off on Monday, June 8, at 5 p.m. in the parking lot of Fort Mason, but this time around there will only be five vendors a night, an effort to keep crowds light. “We have room to scale,” Off The Grid founder Matt Cohen tells the Chron, “but we want to make sure we have the right safety practices in place. We don’t expect this to be gangbusters in the very beginning in terms of turnout.”

And in other news…

‘We don’t know how it will end’: Hunger stalks amid virus