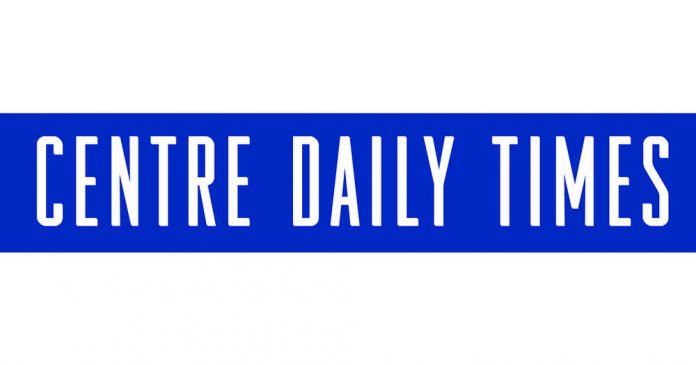 Habersham County native John Bouasy said when his brother died in a car accident in 2009, he realized life is just too short to not take chances on his endeavors.

“It just lit a fire in me,” he said. “Tomorrow is never promised. I decided I should try and pursue my dreams and do what I want to do.”

Bouasy, who is the child of Laotian immigrant parents, said he’d wrestled with the idea of opening his own food truck, and knew it was time to pursue that venture. After years of researching the mobile food industry and developing his own recipes, he opened Wok N Roll Mobile in 2018 in an old camper he restored.

His Gainesville-based business offers his own twist on egg rolls, combining both his Laotian and Southern heritage into flavorful fried dishes. He said he chose egg rolls, because they’re a staple Laotian dish for celebrations and coming together.

“The reason why I chose egg rolls is that I’m Laotian,” he said. “At birthday parties and festivals, egg rolls would be the main party food. I remember being in the kitchen with my mom and cousins rolling them. It was a way we’d get together with family.”

Bouasy said cooking comes naturally to him, having grown up in a food-centric family. He said his grandmother ran a food stand while living in Laos with the help of his mother, who is one of nine children.

Some of his favorite egg roll concoctions include pork barbecue with collard greens, chicken pot pie, Thanksgiving turkey with all the fixings, green bean casserole and pepperoni pizza filling.

He also creates dessert versions like pumpkin pie and cheesecake, which he rolls with crushed graham crackers.

“They’re Asian on the outside and American on the inside,” Bouasy said. “Kind of like me.”

The food truck owner said he normally sells his egg rolls in pairs for $6. However, the price can vary slightly depending on the ingredients.

Bouasy’s first large gig was at the Dragon Boat Festival held at Lake Lanier Olympic Park in 2019. He said he barely got enough sleep before the event because of the pressure of impressing both his family, friends and the community.

“When I told my parents and friends that I wanted to live in a van and sell egg rolls on the street, they were like, ‘What’s wrong with you?” Bouasy recalled with a smile.

Within a couple of hours at the festival, all his egg rolls sold out.

“It was a good feeling to put my family and friends to rest,” he said.

Since then, Bouasy has parked Wok N Roll Mobile at different businesses in Gainesville, including Tap It, Let There Be Rock School, Left Nut Brewing Co., ChopBlock Food & Spirits and Mule Camp Tavern.

“He’s very creative,” Mike Mills, former general manager of ChopBlock, said. “They were all very tasty. I liked how he took everyday foods and put them in egg rolls and put his own twist on it.”

Because his food truck doesn’t have a kitchen inside, Bouasy said he teams up with restaurants to use their equipment. He currently works as a chef for Mule Camp Tavern, which allows him to serve his egg rolls to customers under his branding.

After more than seven years on the Gainesville square, Mule Camp is set to close for good Monday, Aug. 24, but owner Ronnie DiOrio plans to open a new restaurant, Ronnie’s Ramen, in midtown Gainesville next month.

When visitors begin coming to the restaurant, they’ll also be able to pick up egg rolls from Wok N Roll, which will be stationed next to the building.

“I’ve done a lot of planning for it,” Bouasy said. “I’m really excited that I’m able to get going with this ramen shop.”

And, he says, he just can’t wait to put a smile on even more customers’ faces.

“I love when people come in hangry (hungry and angry) and take their first bite, and it changes their whole mood,” he said. “Not only are you getting the sustenance, but also it just makes you happy. To me, that’s what cooking food is all about.”