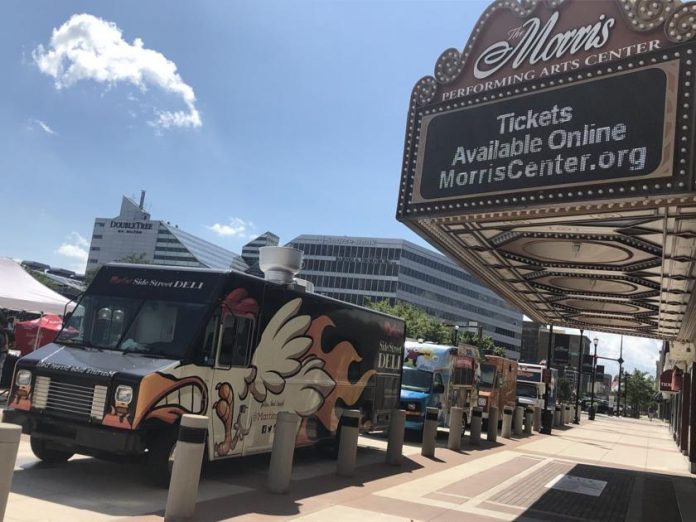 Randy Fox started his food truck for a simple reason — to provide a quality, home-cooked meal at a decent price.

“If I can help people get a good meal without having to take out a second mortgage on their house, I’m all for that,” the Elkhart man said. “I’m not looking to make a fortune.”

Fox, along with his wife Shirley, opened barbecue and grill food trailer Fox’s Smoke ‘n’ Grill this summer in Elkhart County. The mobile restaurant offers pulled pork sandwiches, pork burger, grilled chicken breast and a “Fox dog,” which is a hot dog topped with cheese, pulled pork, ranch and homemade barbecue sauce. Fox describes his signature sauce as a combination of North Carolina and Louisiana barbecue style, with a vinegar base but a touch of sweetness.

All platters, which include an entree with chips and sweet pickle, are $6.

But the trick to operating a food truck, particularly during the coronavirus pandemic, has been finding out where the customers are. Before, food trucks in the area would simply park in city centers for the downtown lunch crowd. As people began working from home, food truck operators have had to readjust.

Cody Jackson, marketing director with Hacienda Mexican Restaurants, said things came to a halt at first but then in May, the Tattoo Taco truck started to serve in area neighborhoods.

“A lot of people were working from home, so we decided to bring the food to them,” Jackson said.

The taco truck eventually started to make its way back to downtown South Bend in the summer, posting up for taco Tuesdays and for Fridays by the Fountain events. Jackson said there has also been an increase of demand for private events, such as birthdays, weddings and graduation parties. But overall, simply finding customers in a pandemic world for a mobile restaurant seems to be the name of the game.

“Finding where people are is the hardest part,” he said. “We’re still out there and a lot of food trucks are locally ownerd People should continue to look out and support us.”

Martin’s Super Markets food truck Side Street Deli has also seen a shift from simply being available in the downtown area for lunch on a weekday to more private events, essentially flipping its typical business structure. Martin’s catering and food truck manager Brittany Szczechowski said things have been slow this year because the truck was initially brought out in July, three months after it originally was scheduled to. They have also seen a large increase for private events.

“We’ve gotten requests for weddings that are now a 50-person reception and certain businesses that haven’t closed down have had us come for staff appreciation lunches instead of large company picnics,” Szczechowski said. “It’s a better option for people.”

Fox, on the other hand, will simply wave hello to a passerby or ring a small metal bell on the side of the trailer to get his customers’ attention. The Smoke ‘n’ Grill food trailer is typically at the parking lot at Gerencer Motorsports on Old U.S. 20 on Thursdays and at Stock and Field along U.S. 33 on Fridays and Saturdays.

“Sometimes just a smile and a wave is enough to bring people in,” he said.

Catherines Plus Size clothing store on University Drive in Mishawaka has closed. The store’s operator filed for Chapter 11 bankruptcy protection in July and closed all Catherines locations as a result. … Round Barn Estate in Baroda will host its annual Harvest Party on Saturday at 1 p.m. Admission is $5; visit roundbarn.com/event/harvest-party for more information.

N.J. to Let All Stores Open for Curbside Pickup on Monday:...