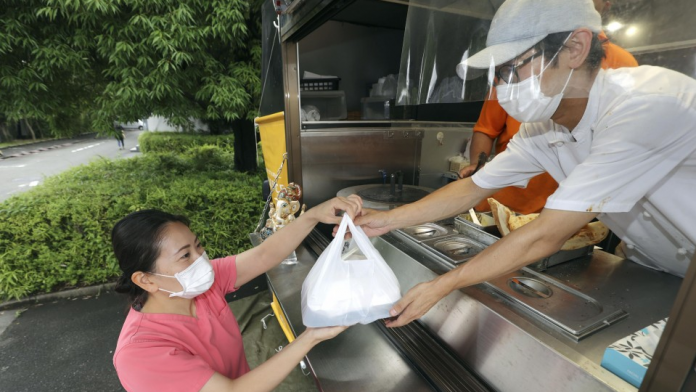 With no end in sight to the coronavirus pandemic, food trucks in Tokyo are spending the summer serving up hot meals to front-line medical workers free of charge with costs covered by the public through crowdfunding.

Acting to encourage doctors and nursing staff at the same time as helping food truck operators make up some of the income they have lost as more people work from home, the scheme — launched by a hospital association in the capital — is a win-win situation for all.

On July 4, it was the turn of staff at Tobu Chiiki Hospital in Tokyo’s Katsushika Ward to get free meals. In a food truck offering Indian curry, Lalit Mohan was busy baking naan, while Hideyuki Matsuda, the food truck’s operator, handed out helpings of naan and curry to smiling hospital staff.

FEATURE: Single elderly in Japan being turned away from apartment rentals

The pair prepared 100 hot lunches in all for the hospital’s workers, who usually get their lunches from neighborhood convenience stores or bring them to work from home.

“Normally, we aren’t able to eat any hot meals, so I really appreciate this,” said Yukari Horikawa, a nurse at the hospital.

Tobu Chiiki Hospital has been admitting coronavirus patients since April. Initially, there was heightened tension because of rumors and fears about the virus, and even now the anxiety continues.

“We have been able to get an energy boost from all of the support we’ve been given. It warms our hearts,” said Midori Oku, chief of the hospital nursing staff. 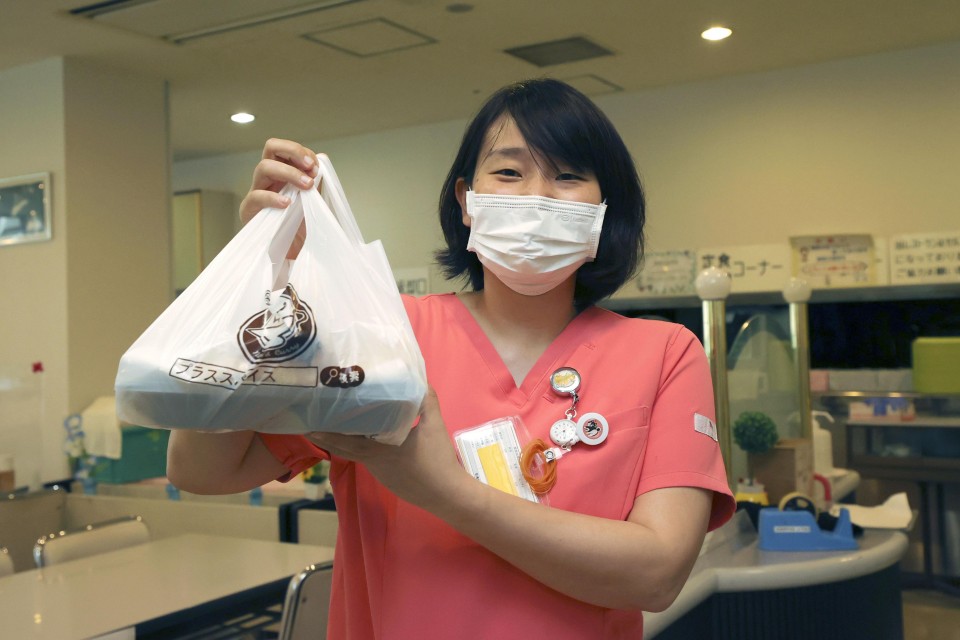 A medical worker picks up a boxed meal, supplied by a food truck, at her hospital’s canteen in Tokyo on July 4, 2020. (Kyodo)

The association began recruiting businesses to join the project in May. For the crowdfunding, a target of 3 million yen ($28,700) was set to deliver 100 meals each to 25 hospitals in the metropolitan area. The goal was reached by the deadline at the end of June, and the scheme is scheduled to continue until the end of August.

Koichi Nagai, secretary general of the hospital association, said, “There are hospitals where dining halls have been shut down, and employees of kiosks have quit. We want to support medical staff in the field with hot meals to show our feeling of gratitude.”

Similar endeavors are under way. Mellow in Chiyoda Ward, Tokyo, which runs a food truck brokerage business, launched an initiative in May. Food and fuel costs are borne by sponsors, and Mellow has provided more than 10,000 meals from food trucks for hospital workers in the Tokyo metropolitan area so far.

The efforts will help food truck companies whose sales in office districts have been in sharp decline. An employee of an event company involved in the Tokyo Metropolitan Hospital Association’s project, said, “This not only helps hospitals but food trucks too. There is a good part for both.”

Do Your Stores Really Need A Retail Operating Procedures Manual?