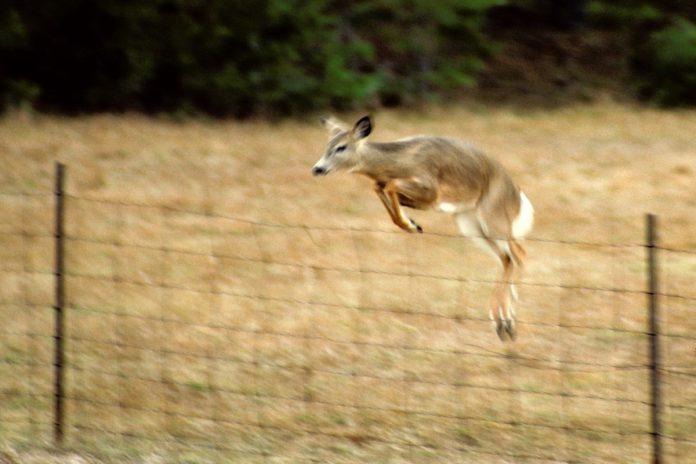 On a single day in July in North America, at least one million creatures are splattered on the road, of which 600,000 are songbirds, columnist says

Road kills. We see them all the time, lying on the pavement, sometimes surrounded by fresh gore, other times well-cooked from a few days in the hot sun. These animals, who never made it to the other side, are part of a motorist’s daily life – usually we just see them, occasionally we cause them.

Little creatures, such as butterflies and bees, die by the thousands every day, leaving but a splatter on the windshield or headlight to mark their passing.

When frogs, snakes, squirrels and mice encounter revolving rubber they instantly become grease spots upon the asphalt. Raccoons and porcupines are a bit more noticeable with their remains. And skunks, of course, are memorable whenever encountered.

Larger mammals, such as deer, moose and bear, pose real threats to both your vehicle and your personal well-being. Smacking into a couple of hundred pounds of muscle mass at 90 kph is very detrimental to all parties involved.

One of the articles I researched addressed this overlooked slaughter, and the statistics presented were quite shocking. On a single day in July in North America, at least one million creatures are splattered on the road, of which 600,000 are songbirds. That’s on just one day!

As highways continue to be improved for faster traffic flow, as solid concrete dividers continue to separate lanes, as new or upgraded roads are pushed through once quiet habitat, the number of high-speed vehicle/low-speed wildlife interactions will increase.

There is no easy solution, no quick way to stop or lessen this impact on wildlife (did you catch the pun?). In some areas either under-highway tunnels or over highway bridges are being constructed for everything from turtles to deer, but in other areas there is only the erection of warning signs indicating what species you are likely to hit.

In my over four decades as a driver, the biggest critter I remember taking out has been a groundhog. Mind you there’s been a few close calls, but as I already spend much of my time looking for animals while driving, I can usually avoid the ones which are ignorant of traffic flow.

Knowing what to expect from an animal probably saved myself and a co-worker from a bit of grievous harm a few summers ago.

We were in a 4×4 pickup truck, travelling about 85 kph along a two-lane highway; it was early afternoon, raining, and traffic was moderate. There was a car about 250 metres ahead of us, and a transport truck closing in about 100 metres from behind.

Just ahead and to our right we noticed a deer standing at the edge of a field, head up, ears and tail twitching. It was somewhat unusual to see a deer out in the open at midday, so her presence really caught our attention. But her agitated posturing began to make me nervous, so I took my foot off the gas pedal.

Sure enough, over the fence she came, floating with ease above the taut metal strands. She hit the ditch running and started up the low embankment. Although I was braking by now, we were still not quite broadside to the deer.

I was hoping that she would turn back or stop once she saw the traffic, but no, she was aiming for the space ahead of us, and her mind was set upon crossing the road.

On her third bound her feet touched the pavement right in front of our truck. I pressed hard on the brake pedal – and the deer disappeared.

But where did she go? She went up, incredibly high up. With the split second she had to react, the doe leapt skyward – and our truck went under her! As she went over my head, I remember seeing her front legs tucked up tight, her body stretching and twisting like that of an Olympic pole vaulter. As mighty a leap as it was, it wasn’t quite enough.

CRACK! Her rear hoof struck the top of the cab, just above the windshield. I lost all sight of her while trying to stop and pull over; I could only imagine what was going on behind me, knowing how close the transport truck had been following.

But it wasn’t so. My passenger turned and saw the deer land on the highway and continue running to a woodlot on the other side, tail up and bounding gracefully!

An inspection of the truck showed that absolutely no damage had been done, not a dent or scratch anywhere. But a few splattered drops consisting of gritty water and blood did confirm the collision that occurred.

What to do now? If the doe was hurt, as we were sure she was, she might travel several kilometres before stopping (deer are well known to travel far and fast despite a broken leg).

Even if we did find her, then what? We had no firearm with us to dispatch her, and neither of us were about to wrestle a wounded deer into the back of a pickup truck (assuming we could even find her). And so, we left, realizing that there was nothing we could do.

Although the deer suffered from this collision, it could have been much worse, in fact the alternatives are quite unsettling.

The previous fall I had seen a truck destroyed when it hit a deer, and there have been many reports of struck deer coming right through the windshield.

However, knowing that deer will cross roadways, even in heavy traffic, and by slowing down in anticipation of such a manoeuvre, we escaped unscathed.

When driving this summer, keep your eyes scanning the roadsides. If you see an animal, assume that it is going to come out in front of you. Slow down, and be prepared to react.

Things go from bad to worse to arrest for hapless pickup...

Josh Brolin enjoys a cruise in his pickup truck with wife...