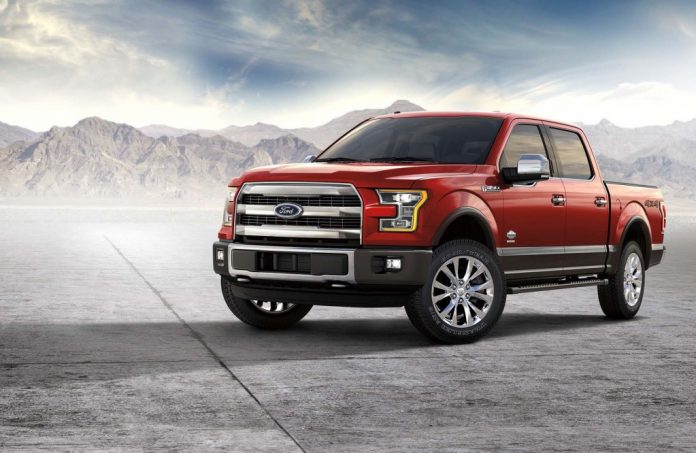 By James Raia
Even the country’s perennially best-selling vehicle sometimes has problems. In this instance, it’s Ford F-150 pickup trucks.

About 350,000 Ford F-150 trucks in North America, including 292,311 vehicles in the United States, are being recalled for a faulty brake master cylinder, Ford announced.

The pickup trucks, from model years 2014-2017, are being recalled  because the brake master cylinder can leak brake fluid into the brake booster and ultimately reduce braking power to the front wheels. Drivers may feel more pedal travel that requires more force to press the brake. The loss of power could also trigger an audible chime, a message alert, or a red brake warning light in the instrument cluster.

The recall also includes about 50,000 additional F-150 pickups in Canada and Mexico.

All of the problematic trucks are F-150s with 3.5-liter EcoBoost engines.

Ford reported seven low-speed crashes and two injuries have occurred because of the braking issue.

James Raia, a syndicated automotive columnist in Sacramento, Ca., publishes the website theweeklydriver.com and its corresponding free weekly podcast and e-newsletter. Contact him via email: james@jamesraia.com.