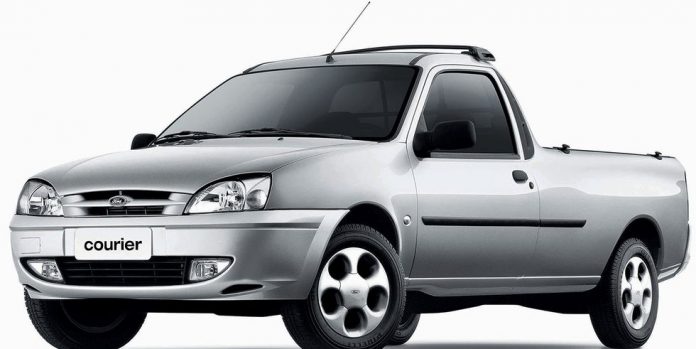 The upcoming Ford Maverick small pickup truck is steadily building its own wave of hype just as the tsunami of Bronco news is beginning to (slowly) recede. It’s the “white space” pickup truck America didn’t know it needed, and has singlehandedly piqued the interest of anybody who just thinks that today’s trucks are simply too big.

Details that can so far be pieced together about the Ford Maverick pickup truck include that it will launch next year, and that it will be built alongside the Bronco Sport in Mexico. Leaked images of the Maverick’s tailgate with its name clearly stamped into the sheetmetal further solidify that the little ute is indeed on the way. And now, according to a post from somebody alleging to be an insider on the Maverick Chat forum, we may have a clearer picture still.

According to the thread, Ford is preparing for an estimated sales volume of around 100,000 units within its first model year, which will either as a 2021 or 2022 vehicle. When it launches, the Ford Maverick will come in one body style, a four-door, and will have a lot of mechanical similarities with the Ford Transit Connect van. It’s even being described as a “Transit Connect pickup” in the thread. However, unlike the utilitarian Transit Connect, the Ford Maverick will have features that could attract the active lifestyle crowd. Perhaps like the Bronco Sport.

Proportionally, the Ford Maverick could be a full 2 feet shorter in length than the mid-size Ranger, pointing to a stocky truck bed. If you haven’t guessed by now, it’s also going to be a unibody truck. Such vehicles are sold all over around the world, and a recent example is the Fiat Strada, which is expected to be the Ram 700. An older example is the Ford Courier, pictured far up top and below. It would be FWD-based, as well.

Under the hood, the Maverick is said to have a 2.0L four-cylinder engine right from the Transit Connect, with just 162 hp and 144 lb-ft of torque, potentially paired with a manual transmission. Soon after, a 1.5L EcoBoost three cylinder with 181 hp and 190 lb-ft of torque from the Bronco Sport will be offered.

Let us know in the comments below what you think of this white space model coming from Ford Motor Company, and if it’s going to be just enough to satisfy your needs for a new little truck.