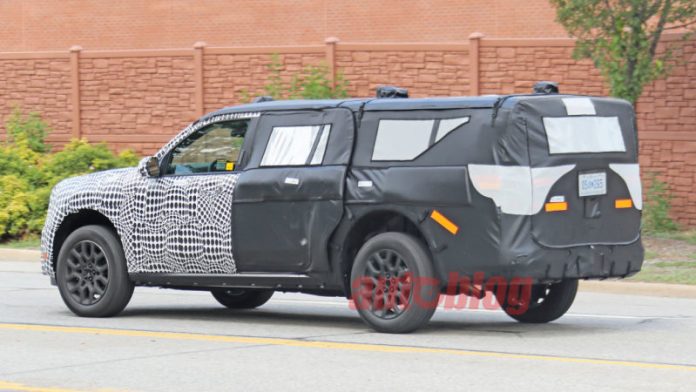 Over the weekend, spy shots of a coming Ford vehicle ignited debate around the Autoblog offices as to whether we were looking at a next-generation Ford Flex or the coming Maverick compact pickup. A surfeit of circumstantial evidence and an amicus curiae contribution from Dan Edmunds made a strong case for the latter. In response to our assertions of a crew cab and a small backside, a commenter on the post noted, “that’s [an] awfully short bed, totally defeating the purpose of producing a small pickup with almost zero usability.” We can’t render verdict on usability yet, but according to a post on the Maverick Chat forum, a big cab and a short bed could be exactly what we’re getting. Someone who allegedly works at a supplier posted a few Maverick tidbits, opening with the claims that the pickup will come with “4 doors only at first” and a “fairly small bed.”

Work-focused buyers looking for a compact truck have repeatedly informed the Internet that they want a sturdy single-cab pickup with a decent-sized bed, akin to the old Ford Ranger. That won’t be the Maverick, if these rumors are true. The forum poster admitted he hadn’t seen the final truck, but described the coming pickup to other members as “mechanically a Transit Connect pickup but finished with an exterior and interior intended for active lifestyle retail customers, not a commercial truck at all. If you are someone who does not go off road, does not need a huge truck, but you want to carry things sometimes and stick to a budget, this will be a great truck.”

The poster said the Maverick’s bed will cut 24 to 30 inches off the length of a Ranger bed, “depending on configuration.” The Ranger comes in two cab and bed styles, SuperCab with a 72.8-inch bed, or SuperCrew with a 61-inch bed. If the rumored Maverick dimensions are correct, the bed could be as short as 31 inches or as long as 48.8 inches. Remember the Ford Explorer Sport Track built from 2000 to 2010? The second-generation trucklet measured 210.2 inches long, 0.6 inches shorter than the current Ford Ranger, and carried a bed 49.2 inches in length. With the Maverick expected to be shorter overall than the Ranger, and packing four doors, a bed around 42 inches sounds like a good guess to start with.

The Transit Connect relationship is said to extend to the engine, that Maverick Chat post claiming the pickup will launch with the van’s 2.0-liter four-cylinder that makes 162 horsepower and 144 pound-feet of torque. We’re told the 1.5-liter three-cylinder that makes 181 hp and 190 lb-ft and serves the Escape and Bronco Sport could join the lineup after launch. The 2.0-liter in the Transit shifts through an eight-speed automatic, the Maverick is predicted to get that and possibly a manual transmission.

The Transit Connect references surprise us. The supplier insider said Ford’s wary of market reception, so the automaker has grabbed a bucket of parts from the van to save money. However, we’ve been expecting a pickup version of the Bronco Sport — the front end of the vehicle in the spy shots even looked like the Bronco Sport. The Transit Connect and Bronco Sport are related, though, the van sitting on the Global C platform that evolved into the C2 platform supporting the new Escape and the Bronco Sport, and sharing its 2.5-liter engine with the Escape. The mash-up sounds like lifestyle exterior looks on commercial bones, which seems reasonable.