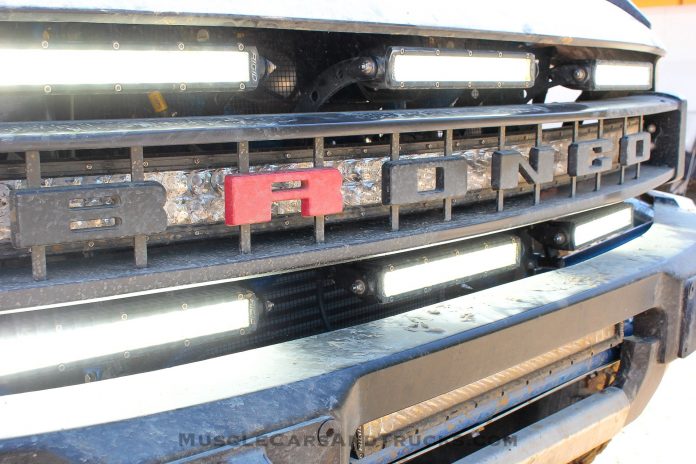 In the automotive industry, motorsports and racing have long played a vital role in the development of performance vehicles. However, this engineering exercise isn’t limited to the work done by the likes of Lewis Hamilton or Jimmie Johnson out on the tarmac. When it came time for the Blue Oval to get serious about the return of the Ford Bronco, they built the Bronco R prototype to go racing in the sands of the Baja 1000. As the company gears up for their second crack at the event, there could be more than one Bronco race truck in due time, should there be enough demand for it.

“If there’s interest we’ll look into it,” said Thai-Tang. “We’ve done that with our Mustang and even our GTs.”

Of course Hau Thai-Tang is referring to the Ford Mustang GT4 and the all-mighty GT GTLM racers, which have been available for well-heeled customers in the racing space over the past few seasons. Unlike the Bronco R, these two tarmac racers were both developed and constructed with the help of Multimatic, who you may recognize from their work with the Ford GT Mk II.

The Bronco R is a serious Class 2 Division racing machine, despite heavily featuring many of the road-going Bronco’s components. Composite body panels, a full-cage, and a trick suspension system with 14-inches of travel up front and 18-inches out back help to gear the truck up for the punishing terrain of the Mexican desert. After being bested by both the SCG Boot and the terrain last year, Ford has made their revenge-fueled intentions known for the 2020 race.

It will be up to racing teams then to decide if the Bronco R is their ticket to off-road dominance, but we’re hopeful that a few more examples of this 4×4 will get built. Don’t expect it to be as affordable as the road-going model however, as a Mustang GT4 carries a price of about $225,000.

Here is the latest Ohio news from The Associated Press at...