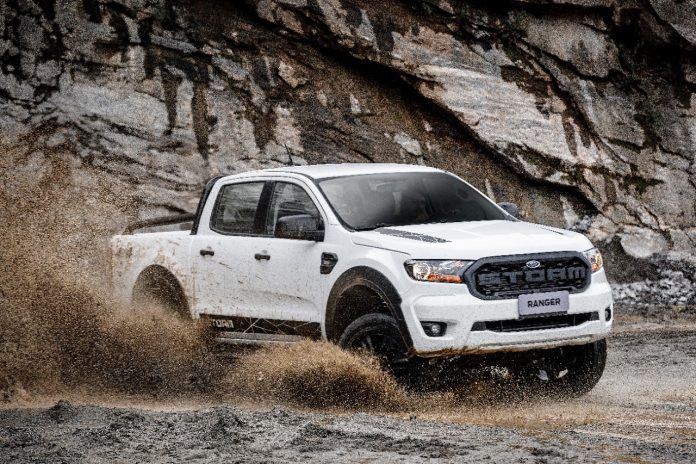 In Brazil, the midsize pickup market has been ruled by Toyota and Chevrolet for over two decades. However, that dominance has just been disrupted by the the Ford Ranger, as The Blue Oval’s midsize pickup has made big moves to become the segment best-seller for the first time in history.

Ford Ranger sales totaled 1,736 units in June 2020, enabling the truck to command 24.6 percent segment share, the highest it has ever been.

Ford explains the winning performance to the launch of the updated Ranger line, which has been well received by consumers. The current generation Ranger was launched in 2019, bringing with it a host of class-exclusive technologies such as autonomous braking and traffic sign recognition.

“Ranger today has the most complete feature set to meet customer wants, be it in terms of performance, comfort, and technology, as well as cost of ownership,” says Reinaldo Faga, Ford Brazil Sales Director, in a statement translated by Ford Authority from Portuguese.

Mid-range trims of the Ford Ranger have seen the most success in Brazil. Specifically, the XLS trim reached more than 50 percent segment share in June (when compared to same trims from rival offerings). Meanwhile, range-topping models like the XLT and Limited accounted for 15 percent share. Ford Brazil also says that the new Ranger Storm also contributed to the success of the overall Ranger line.

In Brazil, all midsize pickup trucks except for one – the Nissan Frontier – sold slower in June 2020 than they did the year before, with some seeing declines in sales volumes of nearly 50 percent. Ranger sales slowed in June, but only by 7 percent, compared to double-digit dips by its primary competitors – the Chevrolet S10 and Toyota Hilux. The steep declines of these competing models were caused primarily by less-than-optimal availability brought about by the coronavirus.

While the pandemic continues to impact the Brazilian economy and auto industry, the actions of the Ford Motor Company and those of its dealer network in the country have contributed to its relative success in recent months. Similar to its programs in the United States and elsewhere, Ford Brazil offers the ability to purchase from home, contactless service pickup and delivery, and special vehicle cleaning services.

The Ranger’s success in Brazil follows in the footsteps of the pickup in the U.S., where it became the second best-selling model in its segment during the second quarter of 2020.

We’ll have more on the Ranger soon, so be sure to subscribe to Ford Authority for the latest Ford Ranger news and non-stop Ford news coverage.